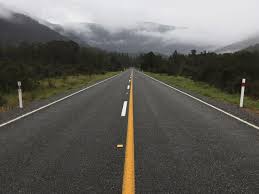 ASADABAD, 28 June: Miseries of the residents of Kunar province seem to have come to an end, as government and non-governmental organizations (NGOs)-funded projects of road construction are in progress while some of them have completed.

In this connection, the government has constructed 28-kilometre metalled road in Zayari Baba area of Logar district which has formally been opened for vehicular traffic.

Head of the relief department, Wahdatullah Wahdat, told the TNN that total cost of the project was 28 million afghani. He said that the construction of this road would resolve the problems of a large number of people of various areas of the Kunar province.

Haji Syed Jalal, a resident of Shomash area, said that the construction of this road benefited them a lot. “Earlier, it would take people 10 to 12 hours to take their patients to the nearby hospital. At times patients would die in the way to hospital. We used to pay 1,000 afghani as transport charges to carry a sack of flour from Jalalabad to our village [Shomash],” he said.