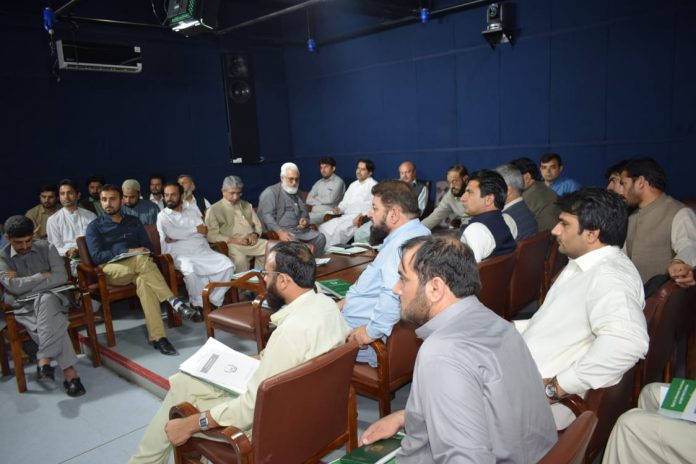 Orakzai was addressing the training session organized for the Public Information Officers (PIOs) of different departments of district Peshawar on the use of Electronic Right to Information System.

It was the third training session on the subject so as to promote the use of Information Technology for filing information requests by the citizens and the public bodies responding to the same electronically in line with the e-governance initiative of the provincial government.

The Chief Commissioner also informed the participants that the RTI was the main pillar of the good governance strategy recently announced by the provincial government which promotes open government system and integration of citizens in governance. The strategy will also help a great deal in achieving the sustainable development goals for the ultimate benefit of the province and the citizens.

The Chief Commissioner asked upon the PIOs the need for proper maintenance/indexation of public records and Pro-Active disclosure of information of public importance as required under Section 5 of the KPK RTI Act.

The Khyber Pakhtunkhwa government has pronounced people’s right to access information, data and record of the public functionaries as the first pillar of the good governance strategy it launched here on Thursday. The provincial government affirmed that RTI remains the most effective tool to ensure transparency that leads to accountability, which serves as a powerful vehicle to achieve the ultimate goal of good governance.