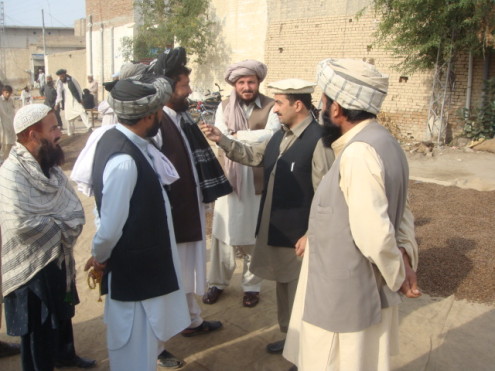 BANNU, October 30: The blockade of various routes has adversely affected the business of pine nuts in Frontier Region Bannu.

Pine nuts are brought to Azad Mandi Mohmandkhel Wazir via trucks from Afghanistan, Gilgit, Zhob, Chillas, North and South Waziristan. The commodity is then exported to foreign countries and thus thousands of people are associated with the business.

The traders complain that due to poor law and order situation, the routes/roads are blocked for traffic in North Waziristan. As a result, the pine nuts can hardly be brought to the market and most of the time the nuts perish on the way.

“Previously, we used to get a whole sack worth 300 or 500 rupees. However, we purchase the same sack for 1500 to 2000 rupees nowadays. These pine nuts are shifted to Dattakhel, exported to Afghanistan and then bought back to Pakistan. A huge quantity of the commodity perishes by the time it reaches our region,” stated one of the traders.

The shopkeepers say the prevailing law and order situation has not only affected their business but that it has also weakened the country’s economy due to decline in the pine nuts’ business.