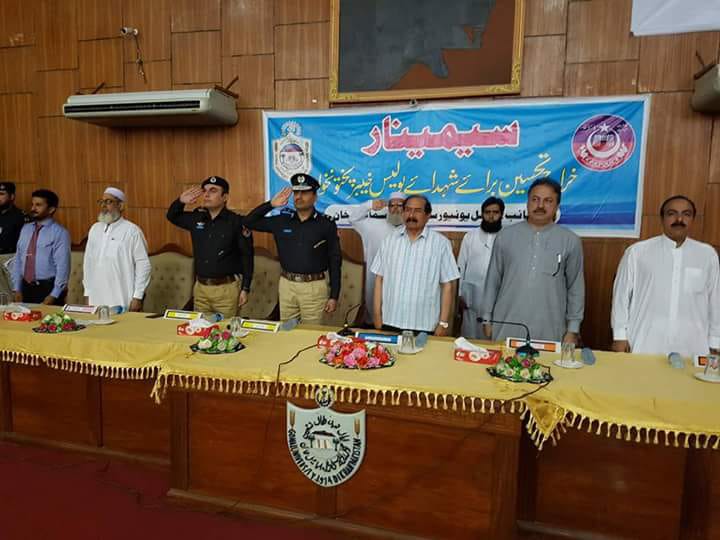 DERA ISMAIL KHAN: A Martyrs Day was observed in Dera Ismail Khan on Thursday to pay tributes to the policemen of the district who laid down their lives in the line of duty.

The DPO said in his speech that the sacrifices of the fallen soldiers for the motherland will be remembered for ever. He appealed to the general public to fully cooperate with police to eliminate the menace of terrorism on permanent basis.

Regional Police Officer (RPO) Dar Ali Khattak said the public should immediately inform police if they notice anything suspicious in any public place. He said any police official involved in highhandedness against any citizen will also be punished. He also asked the public to contact him personally if any policeman teases them harasses them. He said the policemen seeking bribe will be sent to jail.

Other speakers in their speeches also paid tribute to the martyred policemen and their families.