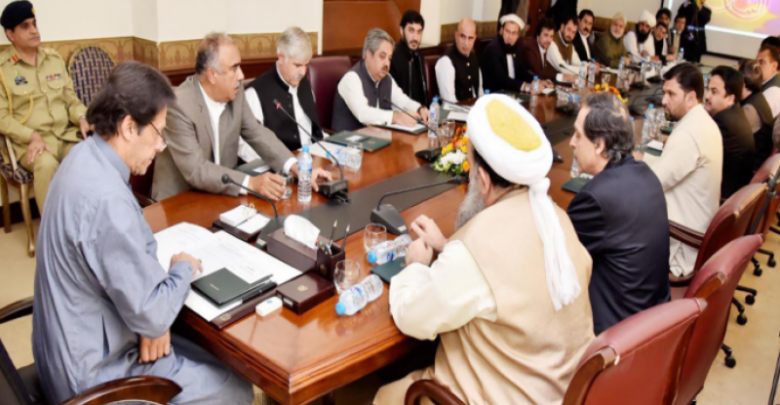 PESHAWAR: A meeting was chaired by Prime Minister Imran Khan at the Prime Minister Office on Friday to review progress on the merger of Fata with Khyber Pakhtunkhwa and administrative reforms.

During the meeting, the prime minister was given a detailed briefing on the progress on administrative reforms after the merger. He was told that some departments under the Fata Secretariat have been shifted to the control of the KP government and work on shifting of other departments is underway. The departments of education, Zakat, Ushr, social welfare and population welfare have been merged with KP government so far.

The premier was told that a special committee headed by the chief minister has been formed to make 10-year planning for development of the merged districts. He was informed that Rs1.1 billion have been allocated in the budget for provision of health cards to the people of tribal districts under the PM’s National Health Programme. A notification about exemption of the tribal districts from taxes for the next five years has also been issued.

It was revealed that the annual development programme for the tribal districts has been approved and work on delimitation of constituencies is also in progress which will complete next month.