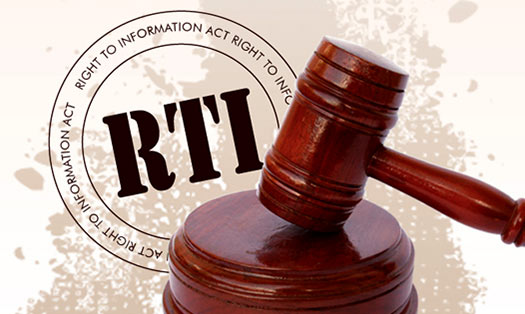 PESHAWAR:  A fine of Rs 25000 has been imposed on the Tehsil Municipal Officer (TMO) of Oghi District Mansehra, Mr. Aftab Ali Shah under Right to Information 2013  for non-provision of information to a citizen namely Zahid Ullah Qazi who is also a Naib Nazim of Oghi sub division.

As per the press release issued by the KP Information Commission, Naib Nazim Oghi had asked information relating to details of various expenditures incurred by TMO Oghi from the funds allocated to them by the government but he failed to entertain the request within stipulated time.

A show cause notice was issued to the TMO by the Commission on July 17, 2018 but the concerned officer did not reply to the said notice. Therefore, the KP Information Commission imposed a penalty of Rs 25000 on him. .

The Commission in its order further states that the imposition of fine does not absolve the officer concerned from the obligation of providing information to the complainant which shall be provided to the him 10 days of the issuance of the notice. Failing to which the Commission shall lodge a case with the District and Session Judge for deliberately obstructing access to record with a view to preventing the exercise of a right provided to a citizen in the KPK RTI Act,2013, said the press release.

The commission has addressed 11500 cases pertaining to citizens’ requests for accessing to public information since its inception in 2013.

All kind of public information can be accessed by citizen under the RTI Act except to information related to national security, International Relations and privacy of individuals. The Act is applicable in 17 districts of KP.