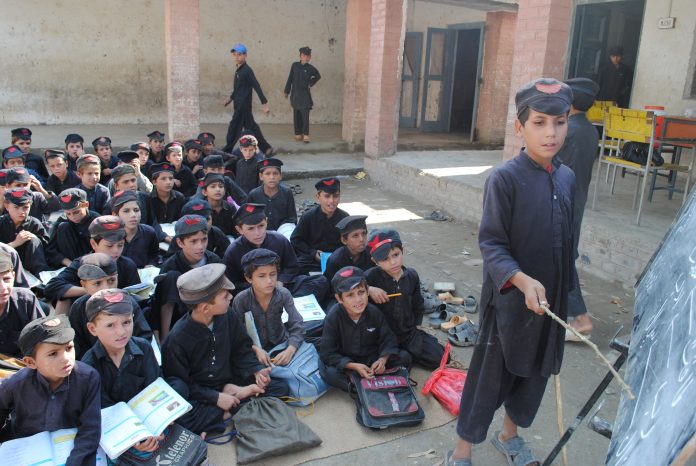 PESHAWAR: The Khyber Pakhtunkhwa Adviser to Chief Minister on Education, Zia Ullah Bangash has said that government has allocated Rs36 billion, in the current fiscal year, for the provision of best education facilities in tribal districts of the province.

He was talking about a meeting regarding the implementation of plans for the provision of good education facilities in the newly merged districts on Wednesday. The meeting was also attended by Additional Director Education Merged areas, Hashim Khan Afridi, Planning Officer, Musharraf Khan and other concerned officials of the education department.

During the meeting, the advisor revealed that a sum of Rs22 billion is for the developmental and non-developmental budget while the remaining was earmarked for the current year under a ten-year development project. The adviser on education said that 35000 students of secondary level would be provided with a stipend of Rs1000 to reduce drop out ration. He added that 700,000 Primary level students would be provided 500 rupees monthly for the same purpose to encourage students and increase the attendance level.

On the occasion, CM adviser also directed to expedite recruitment on vacant seats and said that it would help reduce the shortage of staff in schools after vacation. He said that 500 play areas, 200 IT labs and 300 science labs would be constructed in merged areas aiming to ensure needed education facilities to students residing in new districts.

There are hundreds of non-functional education facilities in tribal districts. Most of the schools, especially girls’ schools, have been destroyed during the bloody wars. While the areas where the schools are available, there are no teachers to teach students. The tribal people have been asking the government to speed up efforts to provide the best education facilities to tribal people after the merger.

The advisor said that government is endeavouring to improve education standard under the directives of Prime Minister Imran Khan and Chief Minister Mahmud Khan adding that very soon people would start enjoying the fruits of welfare-oriented policies initiated by PTI government.