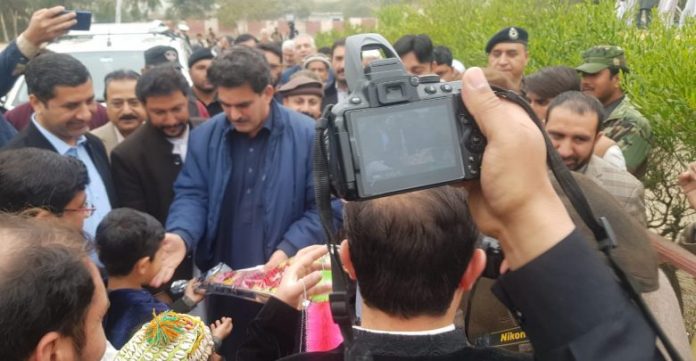 GHALLANAI: Khyber Pakhtunkhwa Minister for Agriculture and Livestock Mohibullah Khan has said that Rs100 billion will be spent on development projects and provision of basic facilities in merged districts every year.

The minister said this during his visit to Government Degree College Yakkaghund in Mohmand tribal district as part of the KP government’s public access programme. The minister said Prime Minister Imran Khan, Chief Minister Mehmood Khan and other ministers are conducting regular visits to merged districts first time in the country’s history because they are very serious about development of the area and resolution of people’s problems.

The minister said the people of merged districts have offered countless sacrifices for the solidarity and development of the country and it is time that they get reward for their matchless sacrifices. He said the people of merged districts deserved merger with KP for their quick development and mainstreaming. He said Prime Minister Imran Khan and Chief of Army Staff (COAS) General Qamar Javed Bajwa played crucial role in materialising the dream of Fata-KP merger.

Mohibullah Khan said special allocations have been made in the provincial budget for development schemes in tribal districts. He said Rs95 billion will be spent on different agriculture schemes in merged districts during the next four years which will bring a visible change in the region. He said agriculture is backbone of the country and its development will ultimately develop the national economy. He said the country cannot develop without facilitating the farmers and addressing their problems.