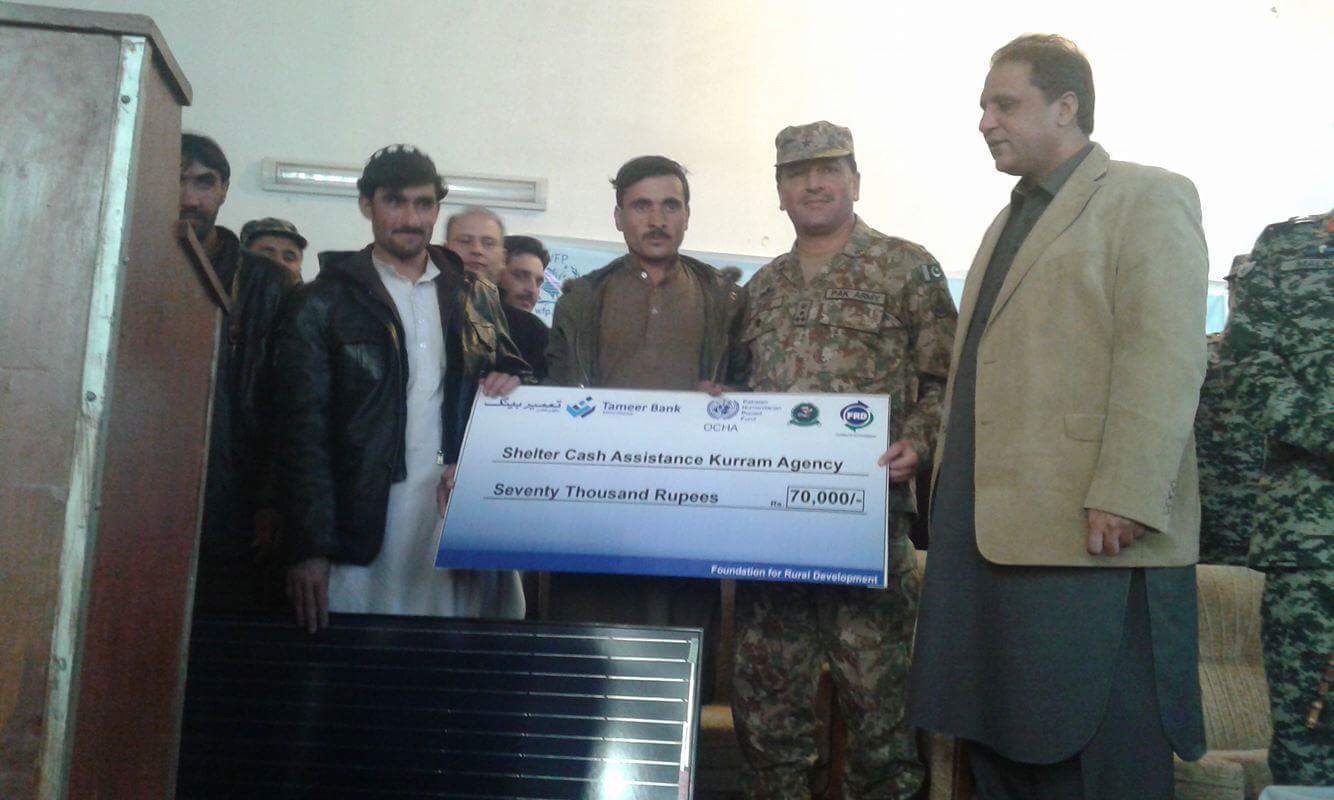 SADDA, 18 December: Compensation cheques of Rs130 million have been distributed among the people affected due to law and order issues and military operation in Kurram Agency.

A ceremony was organised in this regard on Saturday in which Commander Brigadier Malik Amir Muhammad Khan and Kurram Agency Political Agent Ikramullah Khan distributed compensation cheques among 300 affectees of Central Kurram. Military officials and tribal elders were also present on the occasion.

The officials said on the occasion that the sacrifices of the Kurram people will not go waste and they will never allow the militants to return to the area.

Agency Coordinator of Foundation for Rural Development Muhammad Sadiq said Rs27 million have been given to 310 affected families for shelters, while the government has also given Rs100 million to 287 families for reconstruction of their houses.

The local people expressed happiness over getting compensation for reconstruction of their houses. They said steps should be taken for registering the unregistered affectees.