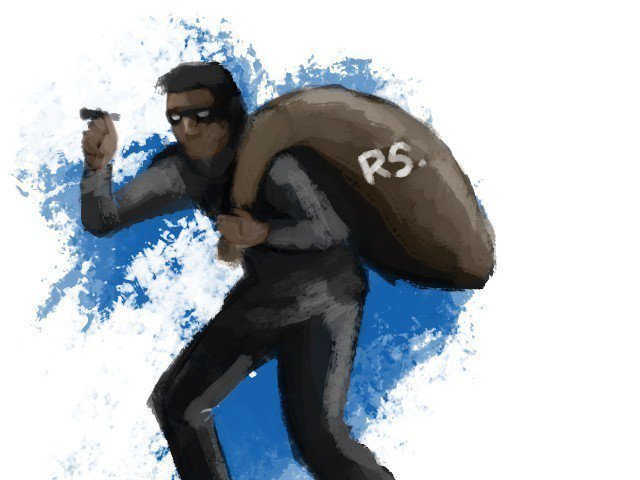 NOWSHERA, 28 August: Armed men snatched Rs2.2 million from the owner of a petrol pump on gun point in broad daylight on the Mall Road in Nowshera on Saturday.

Police said Muhammad Saleem Khan withdrew the money from Al-Falah Bank Shobabra Chowk branch and parked his vehicle near A-One Backer for shopping when the armed robbers, who were following him in a car, snatched the money from him on gun point.

Police have obtained CCTV footage of the incident with the help of Military Police and Army and started further investigations.

Meanwhile, Peshawar Police during a raid have arrested four robbers.