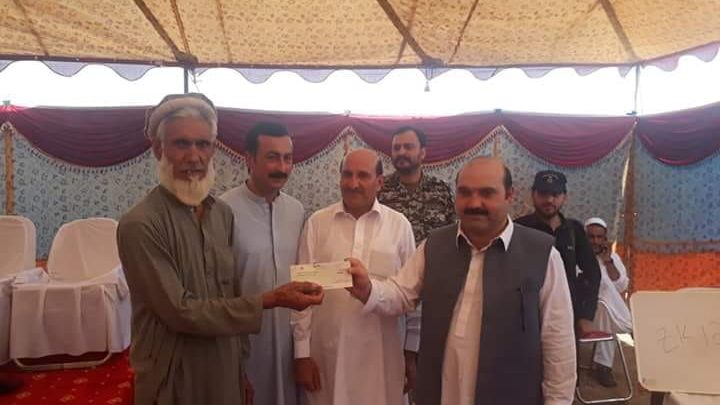 BARA: Khyber district administration on Thursday distributed Rs220 million among affected people of Bara whose properties got damaged due to military operations against militants.

Cheques were distributed during a ceremony held here at Levies Center in Shah Kass area of Bara where assistant commissioner Asmatullah Wazir and other officials were present.

The assistant commissioner distributed cheques affected people who were also present on the occasion. The government paid Rs0.4 million each for fully 583 fully damaged properties while Rs160,000 for partially damaged.

Similarly, 728 families of Qambarkhel, 63 Malik Dinkhel and 114 families of Zakhakhel tribe of the area were given Rs220 million.

Asmatullah Wazir said that the government was committed to compensate all those affected during military operations and enable them to start a respectable living.