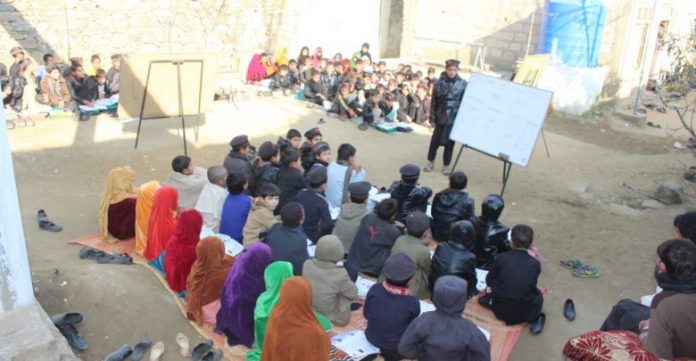 PESHAWAR: Educational activities in the community schools of Khyber Pakhtunkhwa will resume soon after release of funds.

New teachers will be hired and new community schools will also be established keeping in view the increasing ratio of out of school children in merged tribal districts.

The Education Foundation has come into action to educate out of school children in private schools with government paying their fees. It has been decided in principle to pay all the dues of community schools to resume the process of education. The Khyber Pakhtunkhwa government is planning to establish new community schools in all the districts and ensure payment of pending salaries to teachers.

Director Education Foundation Zareeful Maani said funds will be released for community schools soon. Community schools were closed due to non-payment of salaries to teachers, which resulted in increase in out of school children. Sources said that about 15,000 students of community schools have left education due to financial issues.

The project of community schools was initiated during the government of Awami National Party (ANP) in KP to arrange education for the children of people who cannot afford to send their children to private schools. Several of these schools are closed now due to mismanagement and lack of payment to teachers. On the other hand, the number of students in the Iqra Faroogh-e-Taleem scheme is also on the decline.

Sources said as many as 71,000 students were getting education in private schools on government expenses in 2018, but now the number of such students is reduced to 23,000. A total of 2,600 community schools were set up in KP, but 2,500 teachers of 800 schools have not received salaries for the last several months.

Sources said the number of students benefiting from community schools has reduced to 80,000 from the previous 140,000. According to the 2018 survey, 2.8 million children were out of school. A fresh survey will be conducted in this regard to get latest data.