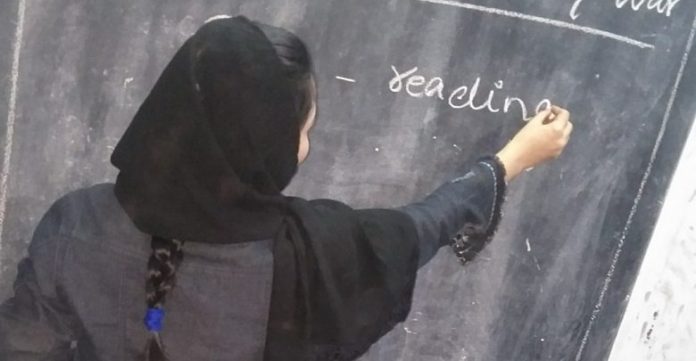 PESHAWAR: The Khyber Pakhtunkhwa government has allocated Rs372 million for overcoming the shortage of college teachers in merged tribal districts.

Scholarships worth Rs1,700 million would also be awarded to deserving students of merged districts, says the Management Unit of Higher Education Department.

Director Higher Education Department Hidayatullah told Special Assistant to Chief Minister on Higher Education Kamran Bangash at a briefing that Rs106 million were being spent to introduce BS program across the merged districts, while Rs128.44 million scholarships have been granted to as many as 13,768 male and female students of BS program. He said that from 2010 to 2018 the BS program was started at 113 colleges of the erstwhile frontier regions (FRs) and from 2017 to 2020, Rs2,619 million have been spent for strengthening of BS program in tribal districts.

Hidayatullah said that Rs50 million were released this year as part of scholarship grant to students of tribal districts, while opportunities are being provided to outstanding and deserving students for higher education.

The HED director said that three international scholarships worth Rs9.47 million were granted to students of merged districts for getting MS degree in world’s top ten universities. He said Rs48 million research grant for promotion of research education was given to 24 researchers in first phase while for second phase the unit has received 278 applications out of which 43 have been shortlisted.

The total cost of the project is Rs30 billion which will be executed by the provincial Agriculture Development in six years.

The project will support agricultural productivity in KP by improving irrigation, strengthening small farmers skills and supporting farmers to add value to their products. It will improve the performance of irrigated agriculture for farmers in the project area. The project comprises of five components.

The fourth component, project management and monitoring will ensure that all project activities are implemented effectively and in a timely manner.

The fifth component, contingent emergency response supports preparedness and rapid response to disaster, emergency, and or catastrophic events, as needed.