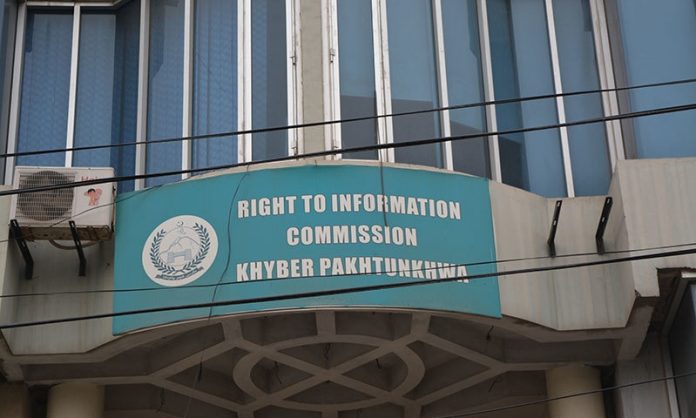 PESHAWAR: Panellists at Badloon programme of TNN said the Right to Information (RTI) law must be implemented in the merged tribal districts like Khyber Pakhtunkhwa for its effectiveness.

Ijaz Mohmand said the RTI law has been extended to the tribal districts after the merger. He said the law was already in place in KP. For its effectiveness, he said, it needs to be implemented in the merged districts like KP.

Ijaz Mohmand said lawyers, journalists, civil society activists and students should play the lead role in encouraging the people to stand up for their rights. “I asked a tribal person a couple of days ago that could you enter the office of a political agent as easily as you enter the office of a sessions judge. He said the officials in the new set up also shake hands with the visitors, while in the previous set up, we couldn’t approach even a tehsildar. Now they are standing outside the court for five hours and there are no chairs for them,” he said.

Ijaz Mohmand: I believe that positive change is inevitable with extension of judiciary and RTI law in the merged districts.

Aziz Buneri: Now the officers will be mindful about this law. RTI is particularly a good law for journalists. After getting a tip about any malpractice in any government department, the media persons can strengthen their stories by asking for required information from the relevant department. The journalists must also mention in their stories that they have obtained this information through the RTI law. In such a case, the version of the concerned department is not required, because it already provides information on an official document.

Aziz Buneri said while taking part in the discussion that every law is formed with the basic aim to benefit the people and strengthen the national institutions.

“If I notice corruption in an institution, then I can file an application against it. It will also motivate the concerned authorities to take action against corrupt practices in a particular department. It will bring transparency. Now that this law is extended to tribal districts after KP, the tribal departments must immediately appoint the public information officers,” he said.

Aziz Buneri said an applicant can file application on a simple paper along with a copy of his/her identity card in concerned department and a reply will be received within 10 days. “If it doesn’t happen, then the applicant must send the same application to the RTI Commissioner with complaint that the concerned department was not sharing the information. The RTI commissioner will take 60 working days to sort out the issue,” he said.

Aziz Buneri said change will come with passage of time, but the actual thing is the current power tussle which is going on within different departments.

“The government should pay heed to resolve this pressing issue. We don’t need a theoretical law in tribal districts. Real change will happen only if this law is implemented in letter and spirit,” he said.

Mr Buneri said tribal women must also be trained on the issues on which they can approach the government departments for information.

“RTI Commissioner Azmat Hanif also belongs to tribal districts. He was serving as Secretary Information Department at the time of drafting of this law. However, there are lacunae in this law as it doesn’t prescribe punishment for the rules violators,” he said.

The senior journalist said the Commission hasn’t awarded punishment to anyone so far which shows its weakness.

“In the last six years, not even a single amendment about giving punishment to the public information officer or the relevant department for concealing information has been made in the RTI law. The law, if implemented in its essence, will curb corruption,” he said, adding that public office holders will be mindful about the fact that people may file application against them if they indulged in any malpractice.

Aziz Buneri said the young generation has more awareness about their rights. However, he said, the federal government should also release funds now to build judicial complexes in the tribal districts.

“People from Mohmand come to Charsadda to attend hearing of their cases. The government should build judicial complex for these people in Ghallanai. Hundreds of lawyers from Mohmand are serving in Peshawar, Mardan and other adjoining areas. If a judicial complex is built in Mohmand, then the local lawyers will shift here and serve the masses. It will help keeping check on corruption in the upcoming Rs100 billion funds for the tribal districts,” he said.

“Sports and Tourism also come under the RTI as there might be some people who are not happy with selection process or other projects in Sports and Tourism. The young generation should step up and fully utilise this law,” he said.

Buneri said copies of the RTI Act are available in Urdu and English at the RTI Commission office. He said the youngsters should question various departments about their funds, expenditure and transparency in spending of these funds. He said all the departments which get funds from the government come under the RTI law. “It also applies on the autonomous bodies,” he added.