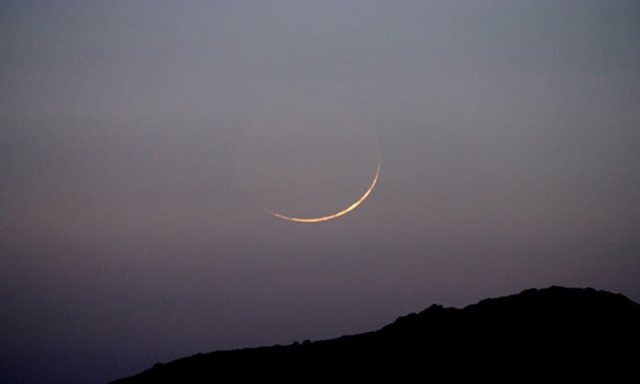 In this regard, Maulana Syed Abdul Khabir visited Peshawar on Tuesday and held important meetings with Mufti Shahabuddin Popalzai, the Khateeb and head of his private moon-sighting committee at the historic Qasim Ali Khan Masjid in Peshawar, and also with Chief Minister Mahmood Khan and other Ulema.

Maulana Syed Abdul Khabir, who is also head of Badshahi Masjid Lahore, assured Mufti Popalzai during the meeting that evidences from Peshawar would be given due weightage in finally deciding about moon-sighting for Islamic months, particularly during Ramazan, Shawal and Zil Hajj. He said all Ulema would be taken on board over the moon-sighting issue and decisions would be taken in the light of evidences and Shariah.

Addressing a press conference at Peshawar Press Club, Maulana Syed Abdul Khabir said modern technology would also be utilised for moon-sighting and help would be sought from the Ministries of Religious Affairs, Science and Technology, Pakistan Meteorological Department and SPARCO.

The Ruet-e-Hilal Committee chief said all members of the committee would be taken on board and it would be a source of unity and harmony in the country. He said he would take along Ulema from all schools of thought to promote brotherhood, religious harmony.

The Maulana said his Peshawar visit was part of a plan to hold meetings with religious scholars for creating religious harmony. He said the Ruet-e-Hilal Committee would fulfill its responsibilities with cooperation of Ulema.

Meanwhile, during a meeting with Chief Minister Mahmood Khan, both agreed that efforts must be accelerated for observance of Eids and other important days on same day. They agreed that the consultation process must continue and all stakeholders must be taken into confidence.

The Maulana said it is expected that the next meeting of the Ruet-e-Hilal committee would be held in Peshawar as part of its efforts to create harmony and end controversies. He said the evidences of zonal committee would be taken into consideration while making decisions about moon-sighting.