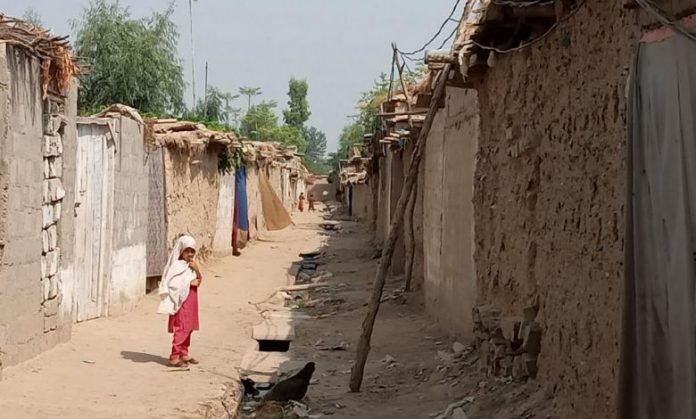 MARDAN: The coronavirus vaccination process for Afghan refugees living in different camps in Pakistan is continuing, but the refugees say the process is very slow.

The main reason behind slow progress of vaccination is stated to be the negative propaganda and lack of awareness among the people about the importance of vaccination.

Zuhra, who lives in Kagan Afghan refugee camp in Mardan, said her whole family was affected from coronavirus during its first wave, but they did not get proper treatment facilities at the camp. She said a lot was being said about coronavirus vaccination at that time. She said when her family went to District Headquarters Hospital, they were told that Afghan refugees were not entitled for the facility. However, she said they managed to get vaccination after few days by using a reference. Now vaccination camps are organised inside refugee camps where people happily come for vaccination.

Zuhra said vaccination was declared mandatory for everything in Pakistan, while at the same time rumours were also circulating that the vaccine causes death after two years. However, she said, now her family is satisfied after undergoing vaccination as they can now move freely and accomplish all tasks.

All Afghan refugees possessing proof of registration (PoR) cards or visas are eligible to get vaccination.

Rukhsana, another woman who lives in Kagan camp, said she did not face any difficulty in undergoing vaccination, and she is not feeling any side-effects.

Dr Afsar Khan, head of the refugee camp in Kagan said the lack of interest by refugees in vaccination is an old story, because things have changed in positive direction now. He said four vaccination camps have been organised so far at Kagan refugees camp and a large number of people cam there for vaccination. He said 500 people out of total 3,400 population of the camp has got vaccination so far, while 560 out of 2,800 people from Baghicha camp have been vaccinated.

About rumours, Dr Afsar Khan said he first of all underwent vaccination for himself and also got his family vaccinated before asking others to go for it to give them confidence that it is totally safe.