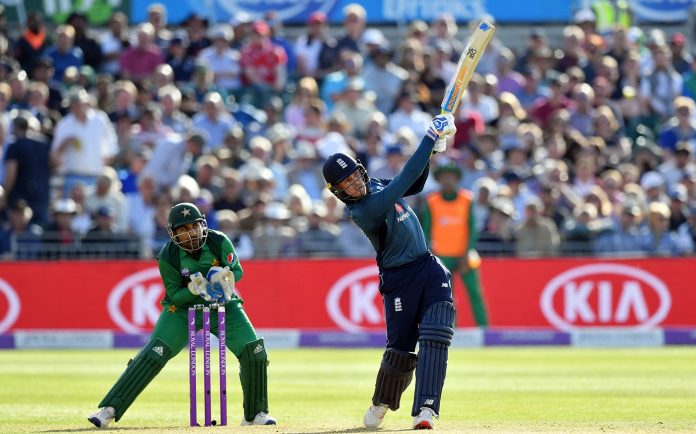 PESHAWAR: The fourth match of the five-match ODI series between Pakistan and England will be played at Trent Bridge today (Friday).

The match will begin at 5:00pm (PST). England are leading the series 2-0 after their fascinating wins in the second and third ODIs. The first match was washed out due to rain.

Pakistan will have to win the remaining two matches to save the series against a very dangerous looking England, especially with their batting prowess. The nature of the pitches has changed recently in England and spectators and viewers are witnessing high-scoring contests. The Trent Bridge ground is also known for high-scoring matches and it is the scene of the match in which England amassed 481 runs against Australia. Earlier, England also scored 444 runs against Pakistan on the same ground. Cricket observers believe that this is the ground where the 500-run barrier in the ODIs can be broken, and with their current batting strength, England are most favourites to do it.

However, Pakistan are no less capable and they can turn tables on England just in a matter of one match.

The absence of senior batsmen Shoaib Malik and Mohammad Hafeez was discussed by cricketing experts after two consecutive defeats by Pakistan. Pakistan’s batting performed well in both matches and it was the bowling and fielding which let them down. That was probably the reason that the senior batsmen haven’t been considered yet, and it is expected that they will continue to warm the bench in the fourth ODI as well. Bowling unit is not performing up to mark and Pakistan may give Mohammad Hasnain a go in today’s match. Misfiring Faheem Ashraf is likely to make way for him.

On the other hand, England have plenty of options, and the only headache they have is who will sit out. Jofra Archer is most likely to get a chance today. Morgan will not play the match due to suspension over slow over-rate, and Buttler will lead the team.