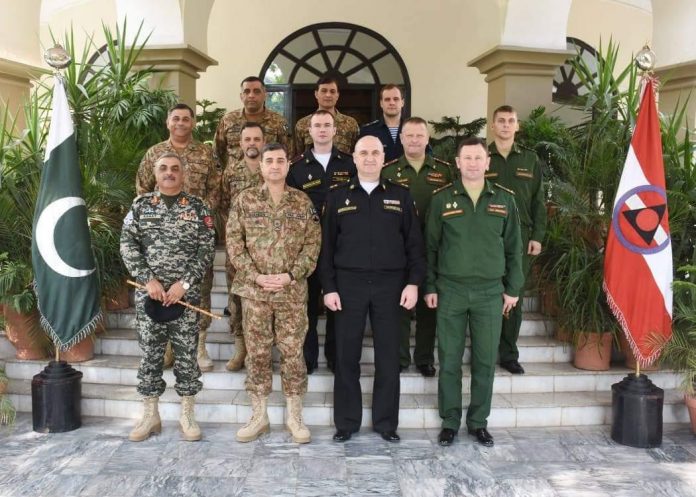 According to a press release of the Inter-Services Public Relations (ISPR), the delegation was given briefing on Pakistan Army’s campaign against terrorism, situation and fencing along Pak-Afghan border. The Russian military delegation also visited Khyber tribal district.

Earlier, on arrival at Corps Headquarters, Vice Admiral, Osipov lgor Vladimirovich, laid a floral wreath at Yadgar-e-Shuhada in order to pay tribute to the martyrs of Pak Army.