According to unofficial results, Imran Khan begged 84, 313 votes, defeating the former railway minister with a narrow margin of 650 votes as the latter could secure 83,663 votes.

Saad Rafique requested that the results from the constituency should not be announced until the recounting completes.

Initial election results released by the Election Commission of Pakistan (ECP) show that the PTI is leading the National Assembly tally with 110 seats, PML-N is second with 63 seats and Pakistan People’s Party (PPP) is third with 42 seats. 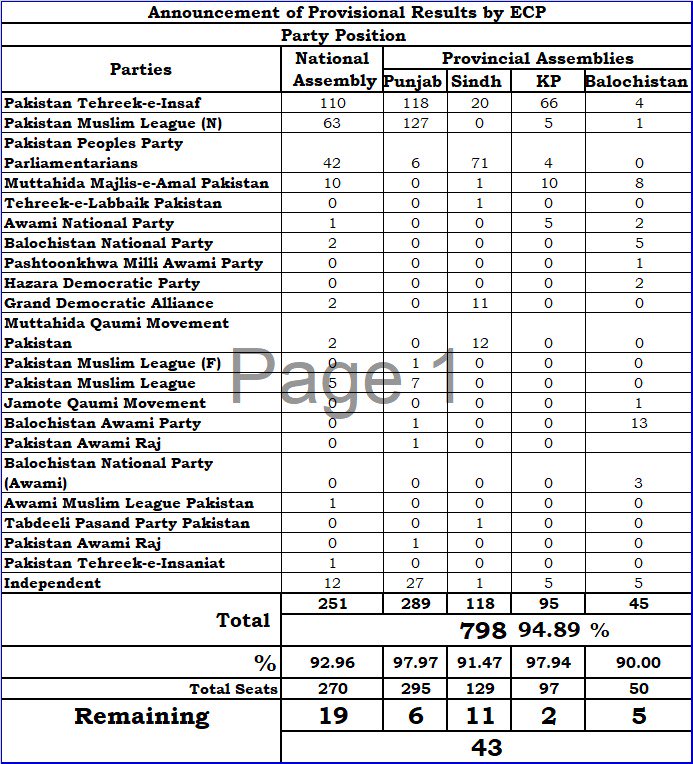