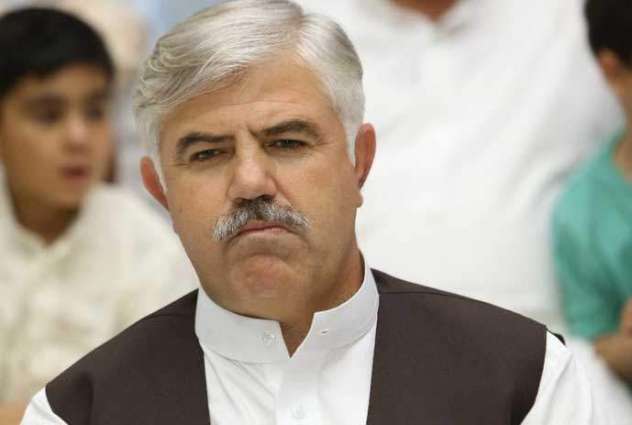 PESHAWAR: The Sabawoon-II project at De-Radicalization Centre (DRC) in Shah Kas, Hayatabad has completed the de-radicalization of 110 persons, the Chief Minister was informed during his visit to the centre on Tuesday.

Chief Minister Mehmood Khan said that it is good to see that Sabaoon has become a major contributor in the de-radicalization of affectees of extremism and succeeded to rehabilitate 1140 persons. “It is not only becoming a centre of education and rehabilitation but a home where the people are de-radicalized and trained to become useful citizens in the society,” he appreciated the centre’s efforts.

He also congratulated the families of the affected people and asked the people to guide the de-radicalized once to become useful citizen of the society. He took oath from the trained persons and distributed prizes among the position holders of the training and watched the Tablo and other colourful programs.

Addressing the gathering, the Chief Minister highlighted the sacrifices of both the security forces and the people for the elimination of terrorism and restoration of durable peace. He warned that we are still exposed to the evil designs of the anti-state elements, who are out to divide the nation, therefore, we should be aware of the nefarious designs of the enemy.

“The government and the Pakistan Army will continue to provide peace, security, education and health facilities and employment to enable them to contribute to national development,” the chief minister assured the families of rehabilitated persons.