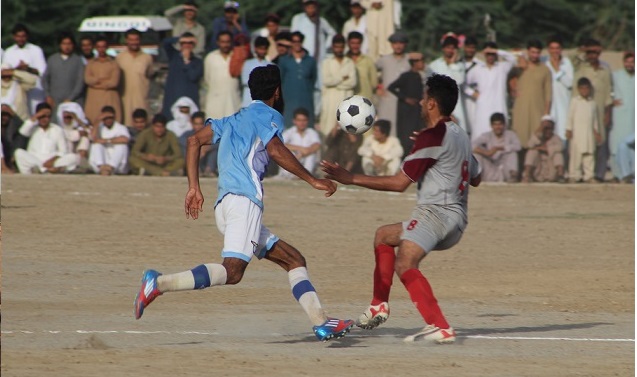 Thirty teams from Khyber Pakhtunkhwa, Sindh, Balochistan and Punjab took part in the tournament. Both the teams that qualified for the final were from Tank.

“There is no shortage of talent in our region as football players from Tank are famous throughout the country for their brilliant game. However, there is shortage of facilities for the sportsmen,” a spectator who came to watch the final match told TNN.

“PTI chief Imran Khan had announced to establish sports grounds in all the districts of KP, but has failed to do so,” another spectator said.