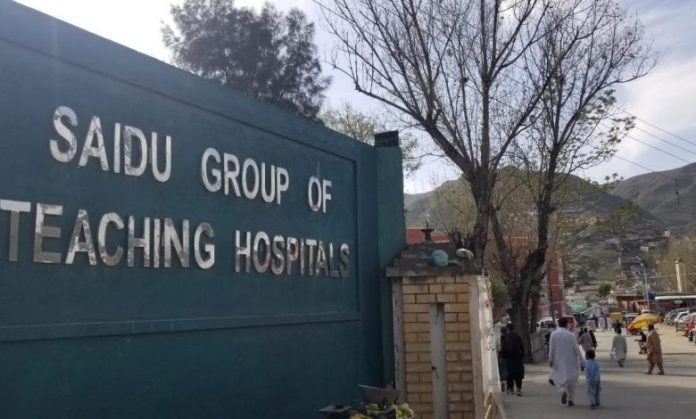 MINGORA: Saidu Group of Teaching Hospitals is indebted by Rs15 million in the head of medicines used for treatment of coronavirus patients. The government had provided Rs10.05 million to the hospital for oxygen buying, but it proved insufficient for corona patients. Now the relatives of the patients have to buy medicines from outside medical stores due to its unavailability in the hospital.

This was revealed by Medical Superintendent Dr Muhammad Naeem Awan while talking to TNN. Relatives of admitted patients told that patients are admitted to different wards where doctors and nurses are performing their duties with dedication by putting their own lives in danger. They said the medicines prescribed by doctors for treatment of corona patients, oxygen and nebulizers are not available and the attendants are buying these expensive medicines from market.

The attendants of patients said treatment for corona is expensive, and the government is making tall claims, but implementation status is not up to mark. They demanded the government to immediately provide the required equipment and medicines to hospital to reduce difficulties of corona patients.

The medical superintendent revealed that about Rs10,000 is spent daily on treatment of a corona patient. He said he is very perturbed to see the poor people buying these expensive medicines from market. He said the issue has been brought into the notice of the government and a positive development is expected soon.

District Coordinator Dr Rehmat Ali Khan said 52,288 corona tests have conducted in Swat so far and the results of 4,345 patients were positive. He said coronavirus has killed 130 people in the district so far and 321 patients are admitted to different hospitals. Besides that a large number of corona patients are receiving treatment at home.