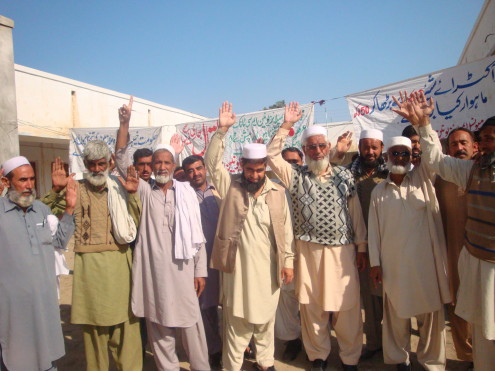 TANK, November 26: Workers of the municipal committee in Tank district have locked offices in protest because they say they have not received salaries for last six months.

The protesters complained they were confronted with a host of problems because of suspension of their salaries for last several months. They said that they would continue with their protest until they received their wages.

“Till date, we have been waiting to receive our salaries but it took us over six months. Now we have locked the offices and we will continue to stage protests till we get our salaries. We are poor people and it’s our due right to get paid.”

On the other hand, head of municipal committee in Tank Mr. Qudrat Ullah Marwat claimed that the workers did not collect the tax efficiently and that is why they are not being paid. He assured that the problem would be solved till 1 December.