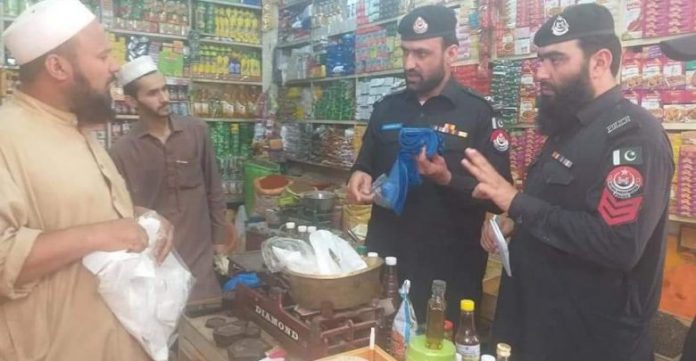 TNN correspondent reported that the deputy commissioner has issued directions through a communiqué that environment experts have declared polythene bags dangerous for environment and health, therefore the sale of plastic bags has been banned in the tribal district. The communiqué says the excessive use of plastic bags cause blockage of the drainage system and stagnant polluted water causes various diseases among the people.

The deputy commissioner said strict action will be taken against those who are still selling polythene bags despite implosion of ban by the administration. After receiving orders, Assistant Sub-Inspector Kamandan Afridi along with a team of police visited Jamrud Bazaar and asked all the shopkeepers to remove polythene bags within three days. The police said they will take strict action if the stock was not disposed within three days.

The communiqué says the district administration has imposed the ban on sale, purchase and use of polythene bags under Section 144 of the Criminal Procedure Code (CrPC) to ensure safety of human health and stop the spread of dangerous diseases. The violators of the ban will be proceeded against under Section 188 of Pakistan Penal Code (PPC). The order was issued on Saturday, June 15, 2019, and came into force with immediate effect.

The Khyber Pakhtunkhwa government has also imposed ban on the sale and use of plastic bags several times, but that could not be implemented in letter and spirit. Critics of the government decision say it is the easiest of things to announce ban on something, but the real job is its implementation, which is never visible. The use of polythene bags is widespread due to its easy availability and low cost. Despite knowing that polythene bags are dangerous for health and environment, the citizens more often use these bags for shopping and other purposes as they don’t have alternatives on cheaper rates. The government hasn’t provided a cheaper alternative for polythene bags to consumers that is why such bans prove ineffective.