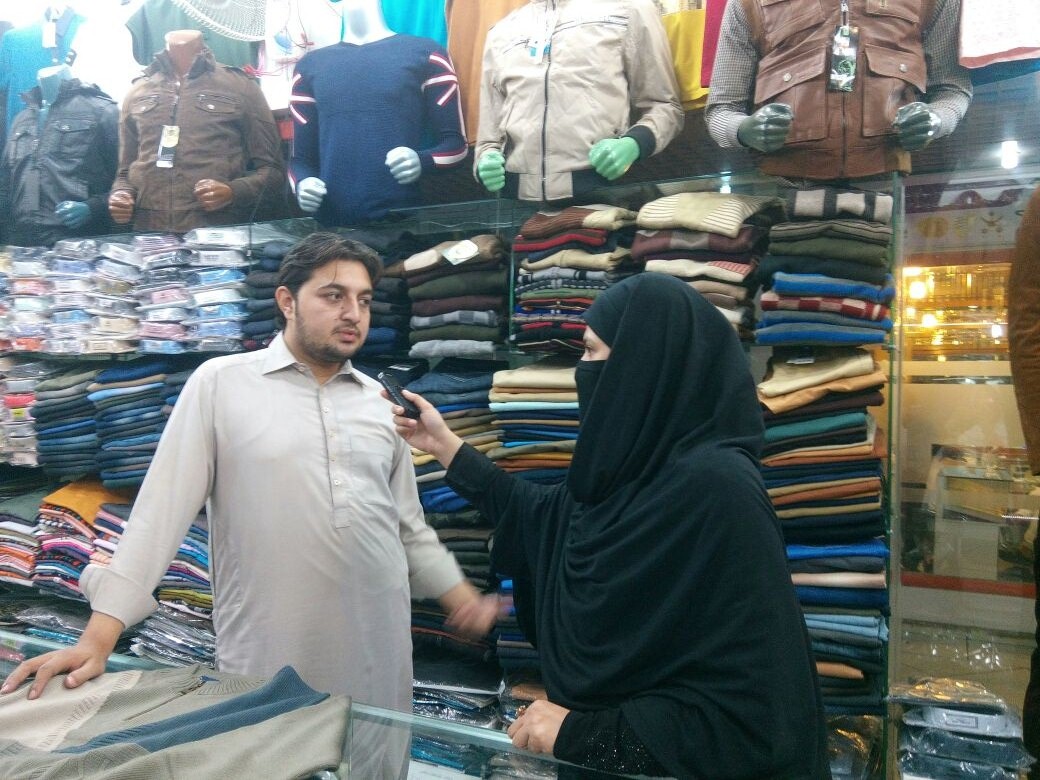 PESHAWAR, 23 November: With the rise in the intensity of cold, the sale of warm clothes, sweaters, jerseys and other garments has also increased in the provincial metropolis as people of different age groups have thronged local markets and shopping arcades.

Shopkeepers and retailers have displaced sweaters, jerseys and jackets in their shops to attract buyers but the high prices of the garments have been forcing buyers to stay away from the shops.

People complained that the prices of warm clothes this year were higher as compared to last year and the retailers had been fleecing them by increasing the prices.

A local Aizaa Ahsan while talking to TNN said that he wanted to buy a sweater for the winter but he could not afford the high price. “The shopkeepers fleece customers by saying that these are imported stuff though they are not that much worthy. In a state of helplessness, people from the lower middle class usually turn towards the lunda bazaar to buy second hand garments,” he said.

Atiq, another customer said the prices of winter wear were out of reach of common man. He alleged that some of the mega store owners purchased branded stuff from the lunda bazaar which were sold on high prices on people.

On the other hand, shopkeepers said with the advent of the winter, the demand of warm clothes had drastically increased. They rejected the charges of increasing the prices and argued that since they were paying high rents of their shops, they were forced to raise the prices.

They further argued that the government had increased taxes on the import of new and imported brands.

“The prices of garments depend upon the quality. If a stuff is of better quality, its price will be high,” said Rahmatullah, a shopkeeper in Saddar bazaar.

He added that they too had been purchasing the items on high prices from the wholesale market. “Had we been getting the winter garments on cheaper prices, we would have been selling them cheap as well. The increase in the prices of garments has also affected our businesses,” Asim, another shopkeeper remarked while talking to TNN.