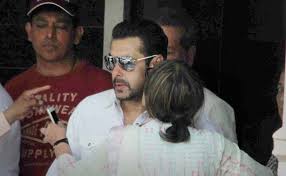 PESHAWAR, 08 May: Granting bail to Indian film star Salman Khan, Mumbai High Court has suspended five-year sentence handed down to him to by the trial court a couple of days back.

The trial court had sentenced Salman Khan to five years in jail at the conclusion of a hit-and-run driving case occurred in 2002. Khan was charged with killing a pedestrian while he was driving car under the influence of alcohol. Khan challenged the verdict of the trial court before the High Court (HC) which granted him bail restraining the authorities concerned not to apprehend him till next order in the case.