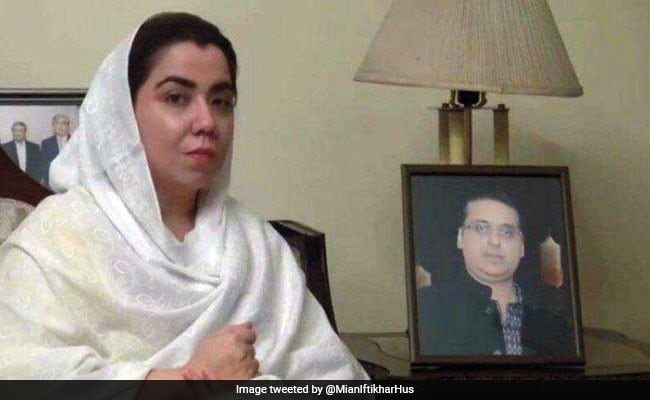 PESHAWAR: Newly-elected member of Khyber Pakhtunkhwa Assembly Samar Haroon Bilour has demanded formation of a judicial commission to probe the suicide attack in which her husband was martyred along with 19 other people.

In a statement, Samar Haroon said that she would raise the issue at the KP Assembly and other forums. She said people voted for her despite the fact that the provincial government used its machinery against her in the by-election. She thanked the Awami National Party (ANP) activists and supporters of other parties for her victory. She said that her win was in-fact victory of Shaheed Haroon Bailour, adding, people have avenged murder of Haroon Bailour through ballot paper.

At least 20 people, including Haroon Bilour, were martyred in the suicide attack in Yakatoot area of Peshawar on 14 July. Haroon Bilour was the ANP candidate for the 25 July election. The election on that seat was postponed after Haroon Bilour’s death. The ANP awarded the ticket to Samar Haroon in the by-election, who defeated the PTI candidate with a big margin.