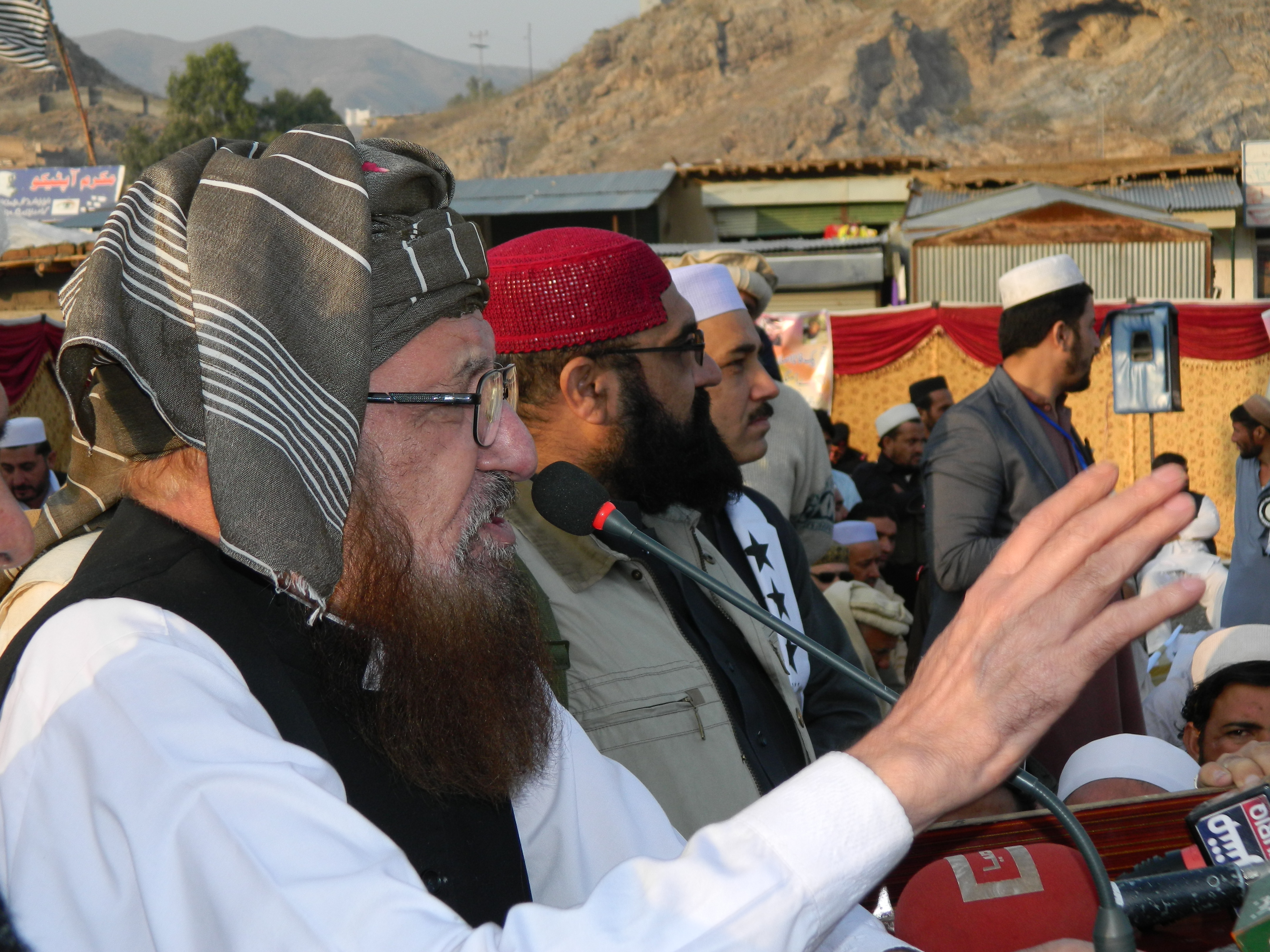 LANDI KOTAL, 17 November: Chief of his own faction of the Jamiat-e-Ulema Islam and veteran religious politician, Maulana Sami-ul-Haq has urged the government to give basic human rights to the people of Fata as enshrined in the Constitution.

Addressing a public meeting jointly organized by JUI-S and the Al-Haj Karwan here on Friday, the Maulana deplored that Fata had never been the priority of the rulers.

“The people of Fata are far from development. The time has come that these backward areas should be put on track of development. It is unfortunate that the tribal areas are being called as “alaqa ghair” despite being a territory of Pakistan,” Maulana Sami-ul-Haq said.

Member of National Assembly Haji Shah Jee Gul Afridi said that they would continue their struggle till Fata is merged in Khyber Pakhtunkhwa.