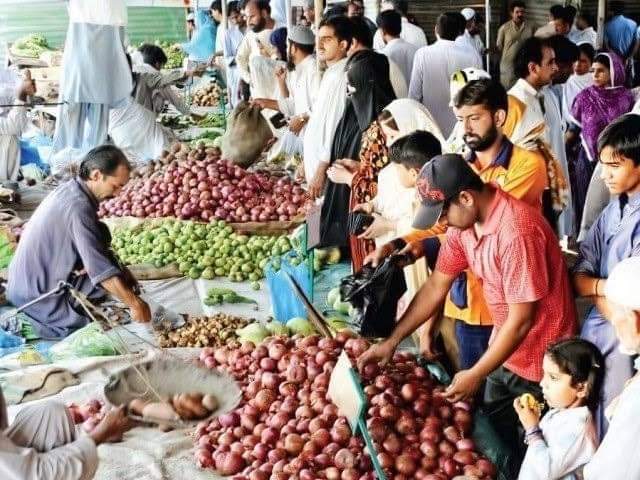 DERA ISMAIL KHAN: A Sasta Bazaar will be set up in Haq Nawaz Park of Dera Ismail Khan during the holy month of Ramazan to provide subsidised food items to consumers.

It is first time that such a bazaar will be set up in DI Khan for Ramazan where over a hundred food items will be available on subsidised rates. Decision to this effect was taken at a meeting of the district administration headed by Deputy Commissioner Captain (Retd) Awn Haider Gondal.

The deputy commissioner said at the meeting that the purpose of the Sasta Bazaar is to provide relief to the consumers in the holy month of Ramazan. He said several food items like flour, ghee, pulses, dates, sugar and other items will be available in the Ramazan Bazaar. Local traders, flour mills owners and notables also attended the meeting.

Participants of the meeting said that Ramazan brings blessings and a lot of good things for the faithful. They said subsidised items must be provided to the consumers to get more blessings and ensure that every faithful gets enough items for Sehr and Iftar according to his affordability and no one remains deprived.

The deputy commissioner said the Ramazan Bazaar at Haq Nawaz Park will open from 10:00am daily till the Eid.

Similar bazaars will also be set up in other parts of Khyber Pakhtunkhwa. However, it is first time such a bazaar will be set up in Dera Ismail Khan.

The bazaar has been set up under the directions of KP Chief Minister Mehmood Khan to all the district administrations to keep check on prices of food items ahead of Ramazan.

The chief minister had also directed the district administrations, police and municipal officers to initiate crackdown against the use of polythene bags in the province at sub divisional and divisional level and check prices of food items.

Meanwhile, there will be no restriction on sale of meat on any day of Ramazan.

According to a notification of the KP Food Directorate, under clause (3) of Khyber Pakhtunkhwa Province Economy of the Food (Prohibition on Serving of meat) order 1973, there will be no restrictions on slaughter/sale and service of meat during Ramazan.