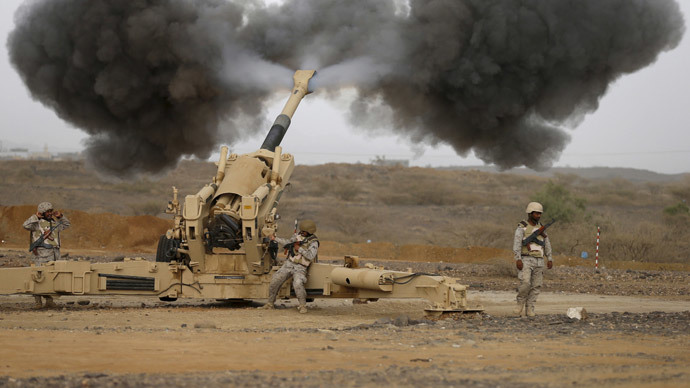 PESHAWAR, 22 April: Saudi Arabia and its allies have announced to end airstrikes against Houthi rebels in Yemen.

Spokesman for the coalition, Ahmed Al-Assiri said at a press conference in Riyadh that the coalition forces have destroyed heavy weapons and ballistic missiles possessed by Houthi rebels in Yemen. He said Saudi Arabia and nearby countries did not face any threat from the Houthi rebels anymore. Mr Assiri said the decision to end air operation was taken after achieving the military objectives.

He coalition spokesman said now a new operation ‘Restoring Hope’ will be launched to search a political solution to the crisis in Yemen. He said now the attention will shift to improve security and counterterrorism operations in Saudi Arabia.

Yemeni President Mansour Hadi had taken refuge in Saudi Arabia after Houthi rebels captured the capital city of Sanaa few months ago. The Saudi-led coalition had launched an operation against Houthi rebels in Yemen last month after declaring them a security threat for the region.