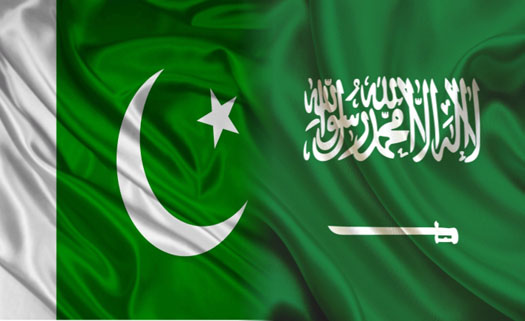 ISLAMABAD: The Saudi Arabia government has announced massive reduction in visa fee for Pakistanis ahead of the visit of Crown Prince Mohammad bin Salman to the country.

The Saudi Embassy in Islamabad has announced reduction in the visa fee for Pakistani citizens who intend to visit the kingdom. The Saudi embassy said in a statement on Saturday that the fee for single-entry visit visa has now been reduced from 2,000 Saudi riyals to 338 riyals (from $533 to $90). The fee for multiple-entry visit visa has also been reduced from 3,000 riyals to 675 riyals (from $800 to $180), which is a massive reduction. The new visa fee structure will be effective from 15 February.

The Saudi embassy has announced this massive relief for Pakistani citizens intending to go to Saudi Arabia ahead of the historic visit of Mohammad bin Salman, which is termed a gift from the crown prince for the people of Pakistan.

Pakistan have finalised preparations for offering a rousing welcome to the Saudi crown prince on his arrival to Pakistan. Prime Minister Imran Khan and other high-level officials will receive Mohammad bin Salman at the Nur Khan Airbase today (Sunday) where a 21-gun salute will be presented in the honour of the visiting dignitary. Strict security arrangements have been taken in the twin cities of Islamabad and Rawalpindi on the occasion of the visit.

Imran Khan said in an interview ahead of the crown prince’s visit that Saudi Arabia is very close to our heart and Pakistan wants to see a strong and prosperous Saudi kingdom. He said the Saudi investment in Pakistan will bring prosperity and economic development in Pakistan. The premier said the Pakistani nation is looking forward to this historic visit.

Earlier, there were reports in a section of media that the Saudi crown prince is expected to meet a delegation of Afghan Taliban in Pakistan during the visit. Is has already been reported that Prime Minister Imran Khan will also meet the Taliban delegation. Few days ago, the Taliban had announced that their team will be visiting Pakistan to hold talks with the US officials for peace in Afghanistan.