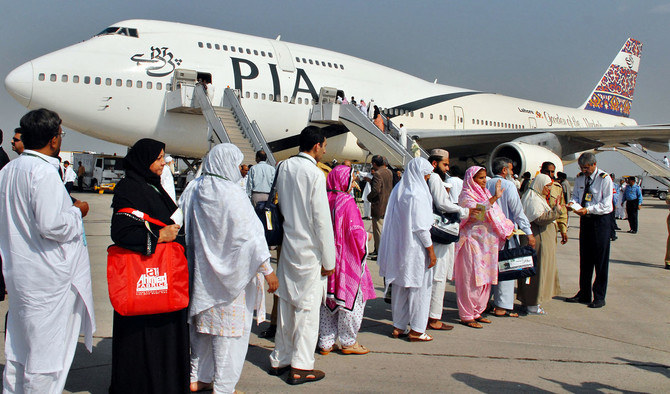 PESHAWAR: The Kingdom of Saudi Arabia has suspended flights with Pakistan and several other countries as part of precautionary measures recommended by the health authorities amid the spread of the deadly coronavirus in the kingdom.

The kingdom has given 72 hours time to Saudi citizens and nationals of the countries covered by the ban who have valid residency in the Kingdom to return to Saudi Arabia. Health workers from Philippines and India and emergency cases will be exempted from the ban.

The Saudi authorities have taken this major action after the World Health Organization (WHO) declared coronavirus a pandemic. So far, the disease has killed more than 4,000 people and infected over 120,000 across the world, with most deaths in China from where the virus spread. In an alarming situation, the number of coronavirus cases outside China has risen 13-fold over the past two weeks after which the WHO declared the disease as pandemic.

About 6,000 pilgrims returning from Iran through Taftan border have been quarantined so far. On Wednesday, the first Pakistani citizen died from coronavirus in Italy, which is worst affected from the disease.

Many renowned global companies and educational institutions have asked the employees and students to work from home till the threat of coronavirus is tackled.

Pakistan has also enhanced precautionary measures particularly in Karachi which has reported more cases. Additional measures have also been taken before the return of the PSL-5 matches to Karachi. Spectators have been advised to adopt all precautionary measures and avoid coming to stadium if they have flue-like symptoms.