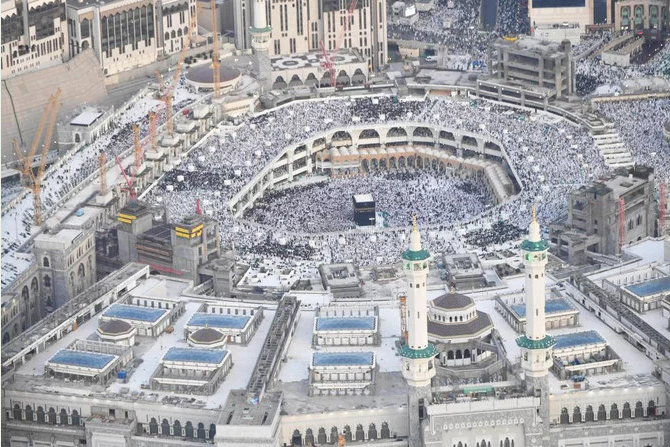 PESHAWAR: Amid the aggravating situation of coronavirus in different parts of the world and its arrival in Middle East countries, the government of Saudi Arabia has temporarily suspended the entry of individuals from affected countries aiming to perform Umrah pilgrimage or to visit the Masjid-e-Nabvi.

The Umrah pilgrimage involves a visit to Saudi Arabia where Islam’s holiest site Kaaba is located.

So far, the virus has killed over 2,700 people, mostly in China, and spread to over 29 other countries. At least 80,000 have been infected with the virus and it is spreading very quickly.
It is believed that coronavirus originated in a market selling wildlife in the Chinese city of Wuhan late last year and spread to other countries from there.

Iran has emerged as the second most affected country with at least 19 deaths and many other infections. People from many countries, particularly Pakistan, visit Iran for a tour to holy sites and that is where the infection has spread. The two confirmed cases in Pakistan on Wednesday also had a travel history to Iran for religious tours.

Keeping in view the threat from Iran, Pakistan and Turkey have closed their borders with it and people coming from there are strictly monitored and scanned. The suspected patients coming from Iran are quarantined and kept in isolation for at least 14 days till their full recovery. Different countries have also banned flights to and from Iran, which has further hit the weak economy of the country. Iraq, Bahrain, Oman, Lebanon, the United Arab Emirates and Afghanistan have all reported cases of coronavirus involving people who traveled to Iran.

Amid the spread of coronavirus among the religious tourists in Iran, fears were expressed that such happening can also occur in Saudi Arabia where tens of thousands of Muslims arrive from different countries for Hajj and Umrah. The emerging situation has left the authorities in Saudi Arabia extremely concerned and they are taking drastic measures to overcome the challenge.

The Saudi officials said the ban on entry of tourists for Umrah from the affected countries is temporary. However, they gave no time-frame for lifting of the ban.