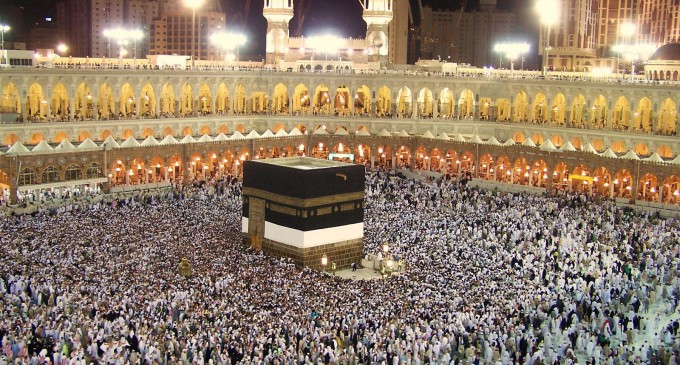 PESHAWAR: The Saudi Arabia government has approved a new law under which its citizens and foreigners will have the facility to get visa for their relatives outside the country for Umrah.

Saudi officials said that under the new law, the Saudi citizens and foreign nationals having valid Iqama (work permit) will have the facility to get and issue visa for their three to five close relatives living outside Saudi Arabia for performing Umrah. The Saudi media quoting Secretary for Ministry of Hajj and Umrah Dr Abdul Aziz Wizran reported that the new visa law will be implemented soon.

Under the existing rules, the citizens and foreigners in Saudi Arabia cannot issue visa for Umra for people living outside the Kingdom. Currently, there is only one procedure for an aspirant to get Umrah visa. The applicants in any country contact some Umrah travel agent and then he arranges visa for them.

Dr Abdul Aziz said only close relatives of the visa issuing person will be eligible for the facility. He said the person inviting the relatives for Umrah will be fully responsible for their stay in Saudi Arabia and their return according to schedule.

Last month, Saudi Arabia had announced increase in Hajj quota for Pakistan under which 200,000 Pakistani citizens will perform Hajj this year. Last year, the Saudi government had allowed Pakistan to implement the 2017 agreement of enhancing Hajj quota from 179,210 to 184,210, with an increase of 5,000 pilgrims. Now the quota has been enhanced further and 200,000 Pakistanis will be able to perform the religious obligation.

Saudi Arabia has also allowed Pakistani pilgrims to complete their immigration in Pakistan, and not in the Kingdom, after making the country part of their “Road to Makkah” project.