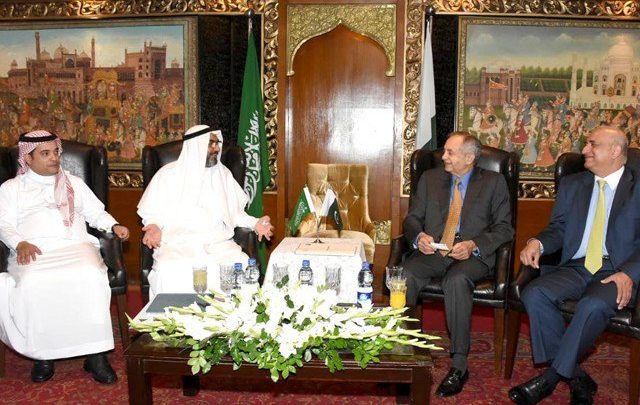 ISLAMABAD: The Saudi government has shown interest to invest in Diamer-Bhasha and Mohmand dams.

Advisor Trade Abdul Razak Dawood met with Saudi Arabia’s Minister of Energy Ahmed Hamid Al-Ghamdi in which the latter informed the advisor about Saudi’s government interest in construction of dams.

They also discussed provision of various facilities to businessmen along with gaining business visa easily to increase trade between the two countries.

Dawood invited Saudi Arabia to take full advantage of opportunities under China Pakistan Economic Corridor, saying that the volume of bilateral trade is low and it needs to be increased.

Sources say that in the meeting, Saudi Arabia had shown interest in investing in Diamer-Bhasha and Mohmand Dam. While Pakistan also offered Saudi Arab to invest in LNG plants during the meeting.