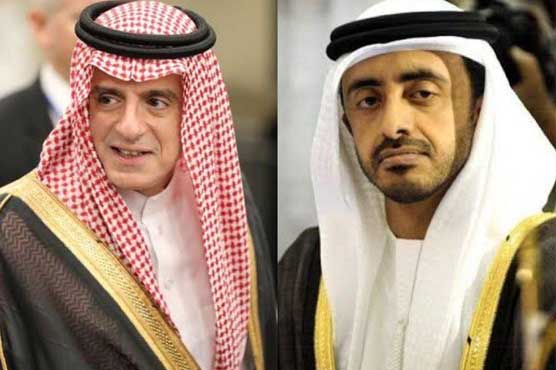 PESHAWAR: The Foreign Ministers of Saudi Arabia and the United Arab Emirates (UAE) will arrive in Islamabad Wednesday (Today) and will meet with the top leadership of the country.

Saudi Foreign Minister Adil al-Jabir will arrive on a one-day visit, according to a statement issued by the Saudi Embassy in Islamabad where he will meet Army Chief General Qamar Javed Bajwa and Foreign Minister Shah Mahmood Qureshi along with Prime Minister Imran Khan.

Saudi Foreign Minister to discuss bilateral relations in the region as well as the ongoing security situation in the region after the August 5 India move, the statement said issued by the foreign office said on Tuesday.

On the other hand, Prime Minister Imran Khan and Saudi crown prince, Muhammad Bin Salman have had telephonic contact in which the two leaders exchanged views on the changing situation in the region.

It is pertinent to mention that after the termination of the special status of Kashmir by India on August 5, the two leaders had telephonic contact three times.

On the other hand, according to diplomatic sources, UAE Foreign Minister Abdullah Bin Zayed bin Sultan Al Nahyan will also visit Pakistan tomorrow and will be the top leadership. It is important to note that both Arab foreign ministers are visiting Pakistan at a time when the situation in the region is tense due to India’s August 5 move.