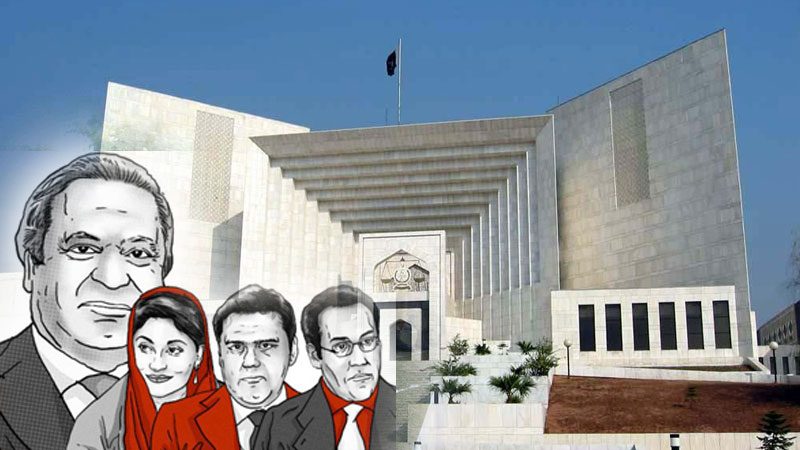 PESHAWAR, 15 September: A five-member bench of the Supreme Court of Pakistan on Friday dismissed the review petitions filed by former Prime Minister Nawaz Sharif, his children and Finance Minister Ishaq Dar against the court’s earlier verdict on Panama Papers.

The apex court in its July 28 verdict had disqualified Nawaz Sharif as member of the Parliament and ordered the filing of corruption references against him, his children, Hussain Nawaz, Hassan Nawaz and Maryam Safdar, son-in-law Captain Safdar and Finance Minister Ishaq Dar.

The Supreme Court also disposed of an application filed by Awami Muslim League (AML) leader Sheikh Rashid against NAB, accusing the latter of not filing an appeal against the Lahore High Court judgment regarding the Hudaibiya Paper Mills case.

The NAB prosecutor general submitted before the bench that the NAB chairman had approved and ordered the filing of appeal in the Supreme Court challenging 2014 decision of the Lahore High Court.

Talking to media persons after the announcement of the judgment, Salman Akram Raja, the lawyer of Nawaz Sharif’s children, said that review petitions were seldom allowed. He, however, added that the impact of the court verdict would soon come to the surface.

PMLN leader and state minister Talal Chauhdry while talking to media persons expressed disappointment over the court verdict and said that the court dismissed the review petitions without thoroughly reviewing them.

He said that if a former prime minister could not get justice from courts, how an ordinary citizen would get justice. Talal added that the party leadership would soon chalk out future strategy.