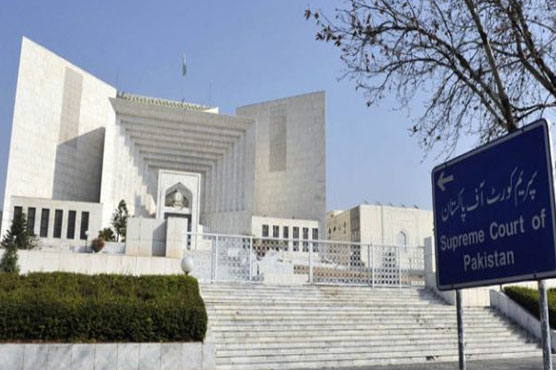 PESHAWAR, 01 December: The Supreme Court has directed the federal government to hold population census in the country within two months from March 15 to May 15, 2017.

A three-member bench of the apex court presided over by Chief Justice of Pakistan (CJP) Anwar Zaheer Jamali on Thursday ordered the federal government to give final written schedule duly signed by the Prime Minister (PM) about holding of the census. It observed that if the government failed to give a final date for the census, then the Prime Minister would be called in the court.

The bench was hearing suo moto notice taken by the CJP about non-holding of population census in the country for long.

The bench observed that census could not be held the way the federal government was telling the court. It noted that several months had passed since the court had taken the suo moto notice but the government did not react positively.

“Population census does not seem to be taking place. It seems as if no other way is left before us except summoning Prime Minister,” the Chief Justice remarked.

“National policies are being formulated in the air. No one knows about the number of people living in the country. No political party has come to the court on this national issue. If the government does not want to hold census, then amendment should be made in the Constitution. Holding census on regular basis is must for a democratic system. The arrangements should be completed by the start of March. Population census should be completed within two months from March, 15 to May, 15, 2017,” the bench ordered.

Attorney General told the court that participation of all the provinces was must for holding population census. Computerized system was being introduced for the first time in the country. As soon as arrangements are made, population census will be conducted.

The court adjourned the hearing of the case till December 7, 2016.