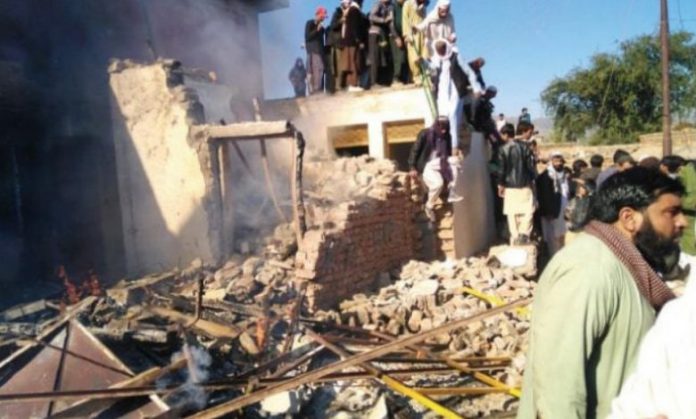 PESHAWAR: The Supreme Court of Pakistan has ordered the Khyber Pakhtunkhwa government to collect Rs33 million from attackers involved in vandalising and torching of a Samadhi (shrine) of a Hindu saint in Karak district.

A three-member bench of the apex court, headed by Chief Justice of Pakistan Gulzar Ahmed, issued the orders while hearing the case pertaining to vandalism incidents in Hindu temples. Advocate General for KP Shumail Butt apprised the bench that over Rs33m was spent on the rehabilitation and restoration of the temple, which was built before 1920.

The apex court had taken notice of the Karak incident of Dec 30, 2021 when over a thousand people led by some local elders of a religious party held a protest and demanded demolition of the temple before attacking it.

In a report submitted to the Supreme Court, Pakistan Hindu Council (PHC) chief Dr Ramesh Kumar Vankwani alleged that getting encouraged with complete silence of the district administration over previous court rulings to recover the restoration cost, the miscreants had raised objection to the word “Mandir” written on the Samadhi wall. The suspect demanded that instead of the word ‘temple’, the wall be inscribed with the word ‘shrine’.

The PHC report stated: “It is really beyond comprehension whether the holy site such as Mandir, Ashram, Gurdwara, Krishn Dwara, Marhi, Darbar, Tikaano, Teerath or Samadhi would be decided by these miscreants, emboldened by pathetic approach of administration.”

The KP advocate general explained to the apex court that the accused involved in the vandalism were still facing trial, wondering what would transpire if someone from whom the restoration cost was recovered later was found to be innocent.

The KP government stated that the culprits had been arrested without wasting time but they were granted bail by courts. The apex court was further informed that notices for the recovery of the cost were served on all the detained suspects on Feb 12, 2021 through the Kohat jail superintendent.

The KP government in its report explained that it had restored the Samadhi at its original site but could not include construction of any additional structure at any additional site at the state expense. It added that once the Samadhi was taken over by the Hindu community, they could raise residential quarters and other facilities at the additional land as per their agreement with the local peace committee.

The Hindu Council urged the apex court to ensure that the mandir was provided with all the facilities for comfortable stay of the pilgrims, including women, children and senior citizens, who visited the place from Sindh.