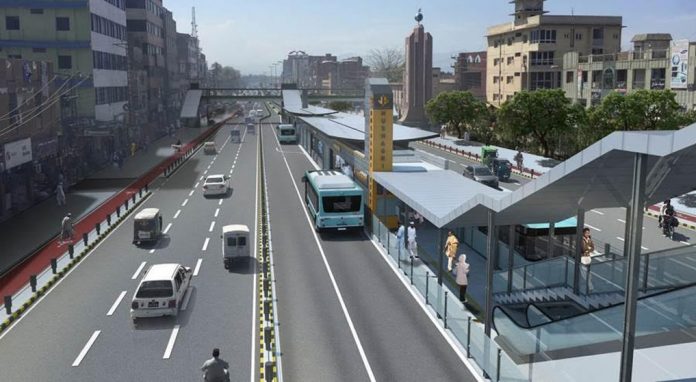 PESHAWAR: The Supreme Court of Pakistan on Monday stopped the Federal Investigation Agency (FIA) from holding investigation into alleged irregularities in the Bus Rapid Transit (BRT) project in Peshawar.

A three-member bench of the top court headed by Justice Umar Ata Bandial heard the case.

The Peshawar High Court (PHC) had ordered the FIA in November 2019 to conduct investigation into alleged irregularities in the mega project. The Khyber Pakhtunkhwa government had challenged the decision of the PHC in the apex court.

During the hearing on Monday, the KP government lawyer said the PHC issued its verdict without hearing the complete arguments from the provincial government. He said even the petitioner in the case had not sought the decision which was issued by the PHC.

The Supreme Court in its verdict stopped the FIA from probe and sought details of total cost and details regarding the completion of the project from the provincial government.

BRT to complete by July 31

On November 14, 2019, a PHC bench comprising Chief Justice Waqar Ahmad Seth and Justice Ahmad Ali had announced verdict on different petitions regarding the BRT project. According to the verdict, the FIA was asked to conduct an inquiry into the issue within 45 days and submit report. The court said the KP government initiated the BRT project without any vision or proper planning. The court observed that initially a deadline of six months was given for completion of the project. It said the project suffered a lot in shape of cost escalation and delays due to government announcements based on politics.

Earlier, the NAB Chairman Justice (Retd) Javed Iqbal had said references on BRT project and Malam Jabba land scam have been prepared, but further action cannot be taken due to stay orders by the courts.