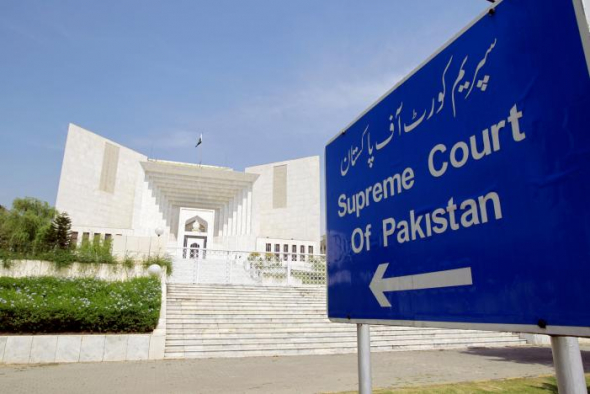 PESHAWAR: The Supreme Court of Pakistan on Tuesday suspended a notification about extension in service of Chief of Army Staff (COAS) General Qamar Javed Bajwa for another three years.

Chief Justice of Pakistan Asif Saeed Khosa turned a petition about the matter into a suo motu notice and remarked that the prime minister has no powers to extend the tenure of the Army Chief and these powers rest with the President of Pakistan.

The Attorney General for Pakistan told the court that the tenure of the COAS was extended with the approval of the President of Pakistan. The chief justice asked what was the need for the prime minister to approve the summary again on August 21 if it was already approved by the President on August 19.

Justice Khosa also questioned the procedure in which the matter was approved from the federal cabinet. He said only 11 out of 25 members of the cabinet approved the extension of the COAS and 14 others were absent. He asked how the government has taken absence of the cabinet members as their approval. He said in democracies, decisions are made with the approval of majority.

The chief justice also wondered why the notification referred to the extension as a re-appointment of the COAS for three years. He said the entire process was upside down. He said a logical sequence of approval should have first come from the cabinet, and then the Prime Minister and finally from the President.

The apex court, while suspending the notification of extension of General Bajwa’s tenure, adjourned the hearing till tomorrow (Wednesday).

On August 19, Prime Minister Imran Khan had extended the tenure of General Bajwa as COAS for another three years. The notification stated that the decision was taken in view of the regional security environment.