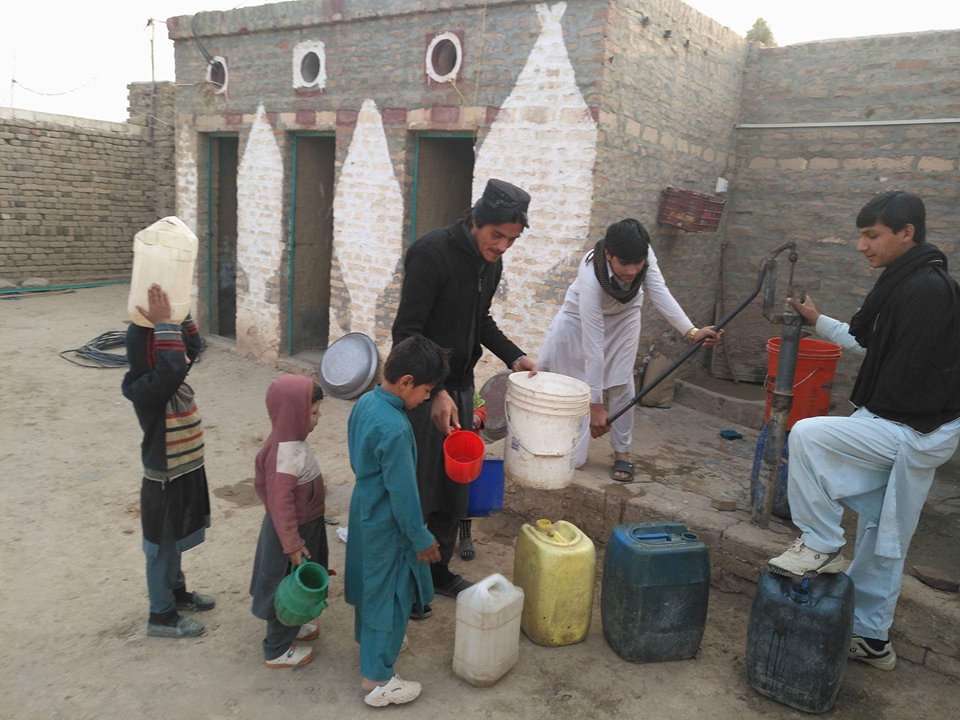 The Fata disaster management authority (FDMA) claims that it has managed to repatriate 85% of the temporarily displaced families to their hometowns in different tribal agencies. It maintains that besides resettlement of the tribesmen, the rehabilitation of infrastructure and basic facilities in tribal areas is also going on in full swing. Officials assert that special focus is being given to rehabilitation of health, education and clean drinking water in areas where the TDPs have resettled.

To provide clean drinking water to the tribesmen, the Public Health department of the Bara subdivision has dug 74 tube wells in different tribal territories. These tube wells, officials say, are being run on solar energy. However, local people are still complaining about unavailability of clean drinking water. They say that some of the water supply schemes have not been established in proper locations and that is why they are not benefiting large number of people. They also complain about excessive power load shedding in the area, saying it is one of the major problems of unavailability of clean drinking water.

“Large number of tube wells in the area are out of order and non-operational due to which we have been fetching water from far flung areas,” says Muhammad Janan, a resident of Aka Khel area in Bara subdivision. 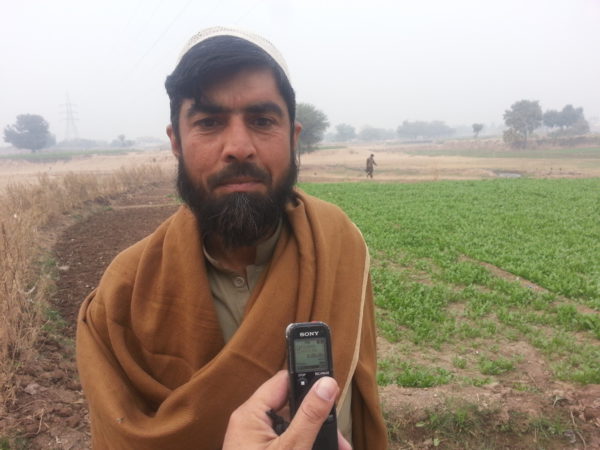 According to government statistics, about 92,000 families were displaced from the Khyber Agency due to militancy and the subsequent military operations. As mentioned in an official report, all the displaced families have been sent to their homes.

Gulfam, who belongs to Malakdin Khel tribe, says before their evacuation from the area, they have an operational tube well and there was no problem of clean drinking water. “When we return to our homes after spending long time in IDPs camp, the only source of clean drinking water was devastated. The machine and other tools were missing and the well was filled with garbage. Now we are forced to drink water from a small stream passing through our town,” he reveals. He adds that even the stream remains dry for weeks and when water starts flowing in it after almost 15 days, we take and store it in large vessels.

The old Sperah Dam which was built in 1967 for storing flood water and irrigation purposes, has been rehabilitated. Following completion of de-silting process, water has started flowing in the canals. Apart from irrigation, the people belonging to Qambar Khel, Malikdin Khel, Sipah, Aka Khel and Shalobar tribes use this water for drinking purposes.”We have been using the dam water for irrigation and drinking purposes,” says Shakar Jan, a resident of Kalangi area in Bara. “In winter, it is comparatively easy to use the water for drinking, but in summer, people use to swim and take bath in the canal due to which the water becomes unfit for drinking,” Jan maintains.”We have been facing acute shortage of water. The contractor, working on the dam, has told us that they are going to stop water flow in the canals as they need to complete the construction work in the dam,” he informs.

Engineer Nisar Khan, an official of the Public Health department tells TNN this scribe that the department has established 40 tube wells in Qamabar Khel, Shalobar and Sipah tribes’ areas to overcome the problem of water shortage.On the other hand, tribesmen say that the problem of clean drinking water has not been resolved. They cite the unavailability of electricity as the main reason for the shortage of water. 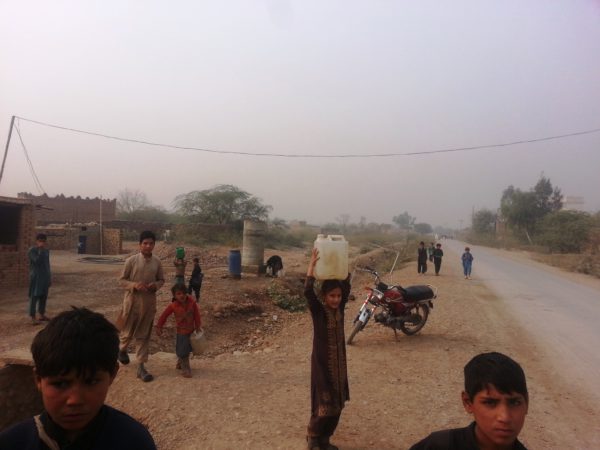 Jalat Khan from the Shalobar tribe and Nasir Khan from the Qambar Khel tribe say that the tube wells dug by the government are useless without electricity.

“Since these wells are being run by electricity, so they are of no utility for us as we have the luxury of electricity only for two hours a day, which is not sufficient to meet the requirement of the people,” Nasir Khan adds.”The rich people in Qamabar Khel area usually bring water in vehicles from Hayatabad or Takhta Baig but those who could not afford it, are forced to bring it from far flung areas. Mostly, female are doing this job,” he maintains.

According to the Local Government department of the agency, during the Annual Development Programs for the 2015-16, as many as 34 tube wells have been established in different parts of Bara from the MNA’s funds. Likewise, some of the non-government organizations have also launched water supply schemes and even some have installed machines being run on solar energy. But Nasir Khan complains that locations for these schemes are usually not selected as per requirement.”Most of the water supply schemes are executed to appease influential and rich people in the area and that is the reason large number of people are not properly benefited,” he tells TNN.

Though the political administration claims that it has been striving hard to resolve the water shortage problem, but people insist that the problem will remain unresolved until such schemes are executed without any favoritism.

The Fata disaster management authority statistics show that about 70,000 families were displaced from Kurram and Orakzai tribal agencies due to militancy. Among them, 85% families have been sent home while the repatriation process is still going on. The government has also started rehabilitation process in these agencies.

Waheed Khan, a tribesman from Orakzai agency says that before their evacuation, water supply pipes were laid in his hometown but everything has been devastated during their exile period. A tribesman from Sarokhi area of Orakzai agency, Sabir Ali says that luckily the problem of water supply in his native village has been resolved but the people of nearby villages are still facing acute shortage of clean drinking water. “When we returned to our area, all the pipes supply water to the village were broken and the spring was full of garbage. We managed to clear the spring and repaired the pipes and now we are getting sufficient amount of water,” he informs. 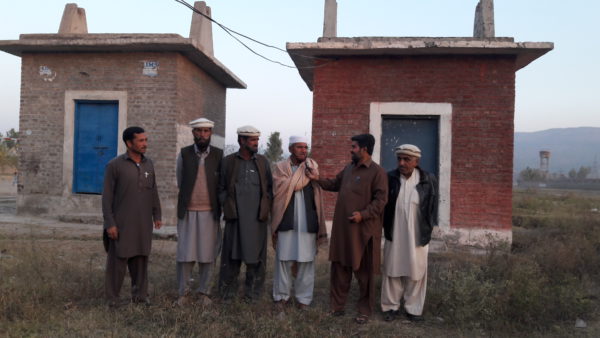 Naseeb Khan, who hails from Gall area of Orakzai agency, says they have been fetching water from far flung areas because there is no clean drinking water in his village.

In tribal areas, it is usually women’s job to bring water from spring and in some cases, they have to travel far away to meet their families’ requirement. Taskeen Bibi, who hails from the Orakzai agency, says they have been using stream water for drinking and cooking purposes.”The situation turns sour when it rains because of flooding in the streams, the water becomes murky. But we have no other option. We still drink this muddy water and sometimes we get ill,” she says.

The tribesmen returned to their homes in Kurram Agency have also been complaining about unavailability of clean drinking water.Hussain Khan from Kenraki area and Khanuddin from the Para Chamkani area tell our scribe that there are plenty of springs and natural resources of clean drinking water in their areas and the government only needs to install pipes. They say that if pipes are installed, every household will get a water connection and the problem can be resolved.

Khanuddin, however says, when it rains, then the spring water becomes muddy and unable for drinking purposes. “If the government digs a well or build a storage for the spring water, the problem can be overcome to great extent,” he suggests. 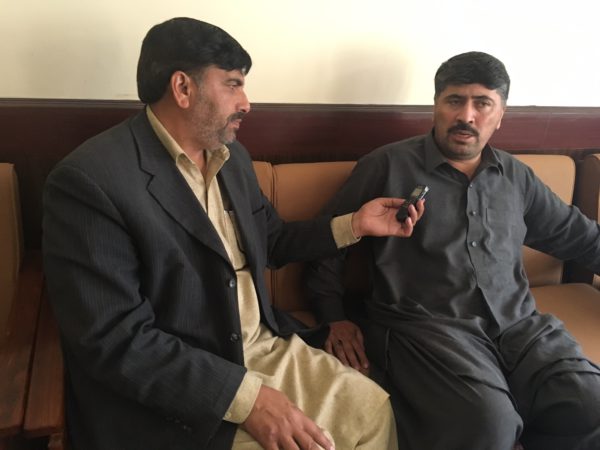 The political administration of North Waziristan agency also claims that it has completed more than 200 water supply schemes in the agency following the repatriation of the displaced tribesmen. The relevant authorities say that they have been trying to provide water connection to each and every household in the agency.Besides, non-governmental welfare organizations have also been assisting the government authorities in facilitating the public. Out of the total 105,000 displaced families from the North Waziristan agency, about 60% of the tribesmen have returned to their homes. Majority of these tribesmen, particularly those living in hilly areas, are facing unavailability of clean drinking water.

Junaid Rafiq, who belongs to Khadi Kali area in North Waziristan, says that the villagers are forced to drink and use contaminated water due to which large number of people have developed numerous water-borne diseases. The tribesman says that there is no clean drinking water in the entire locality. 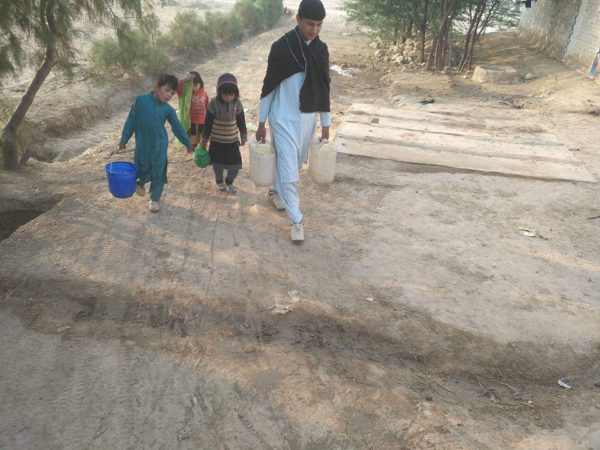 Salman, who hails from Essori area of the agency, tells TNN that almost every household had their own well before the evacuation. He adds that the wells are still there but unfortunately, the water is no more suitable for human consumption.”Large number of people special children are suffering from dysentery and cholera like diseases because they have been using unsafe water,” he reveals.

The Assistant Political Officer of Miranshah, Anwar Sherani says that more than 200 old water supply schemes have been rehabilitated and new schemes established. He also appreciated the services of non-government organizations in executing water supply schemes in the area.

The official admits that there are areas where people have been facing severe problems due to unavailability of water. But he says the administration provides water to the affected areas in tanks to meet the requirements of the local people. 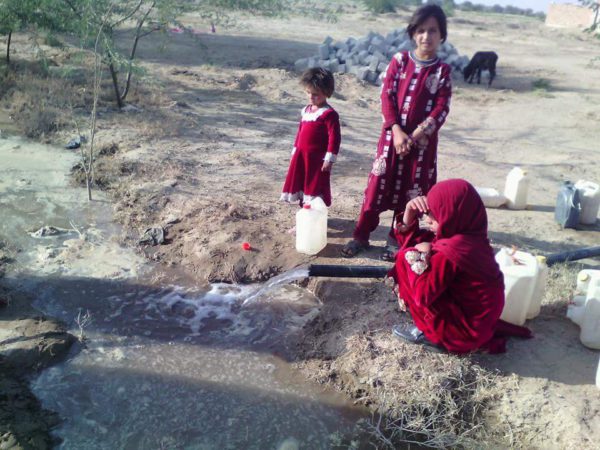 He further says that efforts are underway to restore rest of the non-functional tube wells. He maintains that new schemes are also being approved for areas where people are facing shortage of water.

The situation is not very much different in the South Waziristan agency where half of the displaced families have been repatriated. Solar tube wells have been established in Kaniguram, Seega and Saam area of Ladha tehsil. But a local tribesman Bahadar Sher points out that these tube wells do not work properly in winter season due to unavailability of suitable sunlight.

The Khyber Pakhtunkhwa Governor Iqbal Zafar Jhagra recently visited South Waziristan Agency and issued directives to the concerned authorities to address the problems of clean drinking water.Following Governor’s directives, rehabilitation work has been launched in the agency and pipes are being laid to provide direct water connections to each and every household. 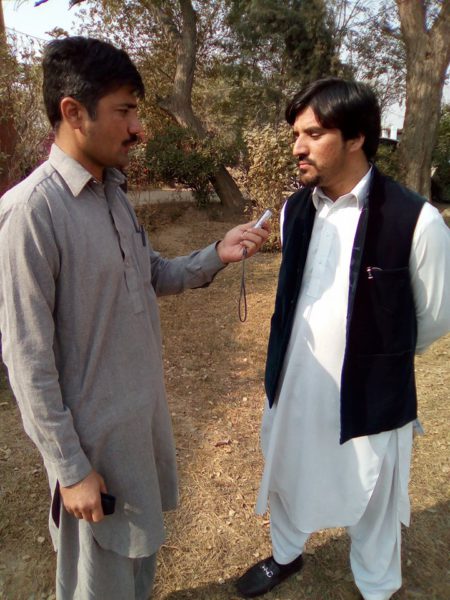 Zabit Khan, a resident of Sarwekai tehsil, says that the pipes laid in the area are of substandard quality and hence all got damaged prematurely.Besides, he further adds that water connections are given on favoritism basis while the people living in far flung areas are still deprived of the facility.Ihsan, a resident of Lataki village in Tehsil Makeen, says that in past, they used to bring water from springs but now the traditional sources of water have also vanished.

The South Waziristan Agency’s Political Agent Zafarullah Khattak says that a number of water supply projects are underway in the agency. Besides, large number of schemes have been completed. “The people of the agency spent almost 10 years as IDPs. Since they were away from their homes, the water supply schemes were abandoned. With the starting of the repatriation process, we have also kicked off the rehabilitation phase and special focus is being given to provide basic amenities to the returned tribesmen including health, education and clean drinking water.

This article has been taken from Radio TNN magazine program “Da Manzal Pa Lor”, which discusses the problems being faced by the displaced people of Fata and other matter related to their rehabilitation. The program is being produced by Shan Muhammad and Salman Ahmad. Our correspondents from different tribal agencies including Shah Nawaz Afridi, Malik Azmat, Ali Afzal Afzaal, Mahrukh Jabeen, Gohar Wazir, Rizwan Mehsud and Bakhtawar Wazir contributed their reports.

The program is broadcasted from six FM radio channels in Fata and Khyber Pakhtunkhwa.