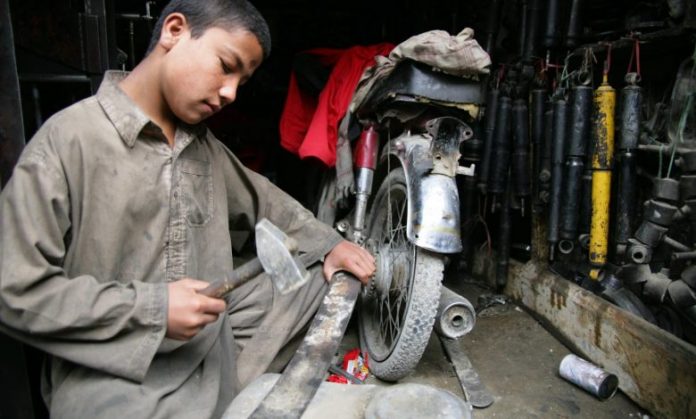 Pandemic has left devastating effects on child psychology and education, argue child rights activist and teachers. They say that government has failed to take steps to rehabilitate the children.

However, the Universal Children Day, which is observed on November 20, brings the impact of pandemic on children into sharp focus. The day is observed to promote education, healthcare and other basic necessities to the children.

Imran Takar, coordinator Group Development Pakistan, an NGO working on children’s rights said that the main purpose of country’s agreement with the United Nations was respect children unique identity and given them their basic rights.

He said the signatories to the convention were bound to raise awareness about child rights. Mr Takar said that the convention also pushed states to legislate for child rights in order to protect children physically, sexually and mentally.

He told TNN that children were physically and mentally weak, which led to exploitation of their rights. “There is always chance of more exploitation of children,” Mr Takar said.

He said Pakistani children were already deprived their basic and constitutional rights; however, pandemic has exacerbated their issues rather badly.

“Not only schools remained closed for months due to pandemic, leading to dropout but it also increased child labor,” Mr Takar said.

When schools reopened, Mr Takar said, children were facing issues with their lessons.

Situation on the ground

He said that children were exposed to exploitation at places of study, work and home. Mr Takar also said that though much legislation has been enacted; however, their implementation at grassroots level was an issue.

Educators said prolonged closure of schools has impacted children mental capacities. They argue when schools were reopened, teachers had to work harder than before.

Mr Jan said that for the rehabilitation of children, it was necessary for parents and teachers to take their studies seriously. “This was necessary so that child could return to their previous position,” he said.

Mr Jan said that to achieve this objective, government have to provide facilities to teachers and students.

He said that to keep children safe from contracting Covid-19 and to maintain the continuity of the education system, government has started the process of vaccination for children between the ages of 12 to 18 years. “Government was trying so that the children do not fall victim to the epidemic again and their educational activities continue,” he said.

Khyber Pakhtunkhwa minister for labor and human rights Shaukat Yousafzai did acknowledged that children were deprived of their rights in the province. However, he added, that government was committed to fulfill its all international and national obligations related to protection and welfare of children.

He said provincial government has allocated budget to the Commission for the Rights of the Child. Mr Yousafzai said that government was working on filling up vacancies in child protection unit of 12 districts.

“Appropriate budget will be allocated for the expansion of the district to all the districts,” he said.

At the same time, KP government has also started second shift in government schools for out of school children. This will also allow children engaged in child labor to get enroll in a school. Education department show that thus far nearly 0.8 million have children have enrolled in the second shift.