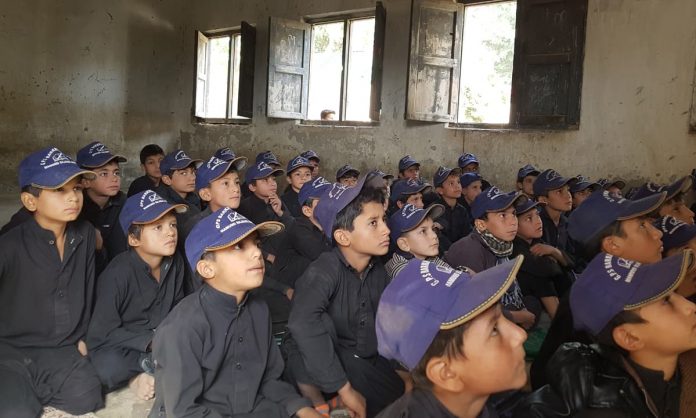 BAJAUR: The 8th class students of Government high secondary school Gardai, Bajaur have to attempt 80 marks paper instead of 100 as the invigilators have lost a portion of the question paper carrying 20 marks for the assessment exams.

The students informed that when they set in the exam hall to attempt the mathematics paper, they were given four question papers carrying 80 per cent marks. Invigilators told them that they have lost one of paper, carrying 20 marks, somewhere.

The students were attempting the 8th class assessment test under the Malakand Board of Intermediate and secondary education. The exam was held in Government high school Gardai, Bajaur, where a total of 40 students were set to attempt the Mathematics paper, however, they were amazed when they were given four papers of 20 marks each instead of five papers. A student Niamat Ullah told TNN “We have been given eighty numbers papers instead of 100. One of the invigilator, present in the hall, has directed them to solve 80 marks papers instead that will also save their time.

A teacher of government higher secondary school Gardai told TNN on the condition of anonymity that the Khyber Pakhtunkhwa education department has started the assessment exam to know about the students approach towards to syllabus.  But now, said that the teacher, it not being seriously followed by the provincial education department.

The teachers stressed the need that though it is not a criterion to fail or pass the students, but the officials should adopt a serious approach towards the assessment exam. The of the school teacher further informed that there were two invigilators in each exam hall, however, they are clueless about one of the papers lost paper and thus no one was ready to take the responsibility. The invigilators accused that the BISE, Malakand has not sent the paper to the school.