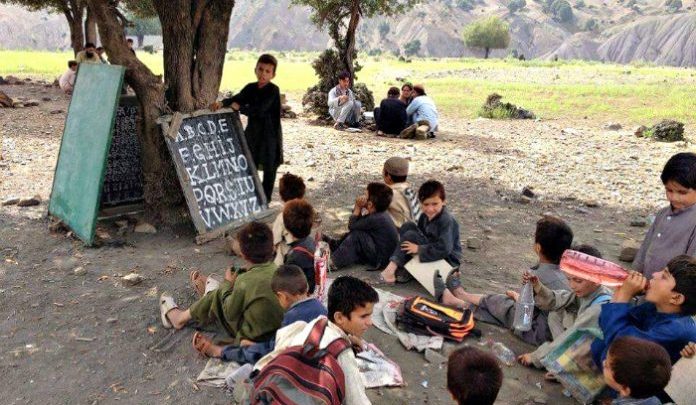 PESHAWAR: Schools used to remain closed in Waziristan due to law and order issues, military operations, displacement of people and destruction of educational institutions during militancy and several precious years of students were lost in the process, and now coronavirus has added to the already miserable situation.

A local resident, Wajid, said while talking to TNN that several academic years of students in Waziristan were wasted due to militancy and military operations, and the pandemic has further deteriorated the situation of education sector. He said education of children remained disturbed during life of displacement as the displaced families could not stay in any area for longer due to financial and other constraints.

Wajid said the situation did not improve much after the displaced persons returned to North Waziristan as most of the schools were already destroyed and the remaining schools were in poor condition with no facilities and absent teachers.

Aamir Khan, a student from Miranshah, told TNN that most of the students of the tribal district had to leave education due to closure of schools and colleges.

Kamran, a teacher from Miranshah, said the studies of almost 90 percent students were impacted due to law and order issues. He said most of the population in the area is poor which cannot afford to send their children to expensive private educational institutions.

Kamran said the education sector started a little improvement after return of displaced persons and merger with KP, but coronavirus has again stopped the academic activities and now the students are sitting at homes and their precious time is being wasted.

Assistant Education Officer Fida Wazir said arranging online classes for local students is impossible due to lack of internet facility. He said 54 schools were completely destroyed and 147 partially damaged during militancy in North Waziristan and most of them were reconstructed after improvement of law and order. He said the remaining schools will also be reconstructed in the next budget. He said displaced persons have still not returned to some areas of North Waziristan and education for children of these areas has been arranged at their camps.