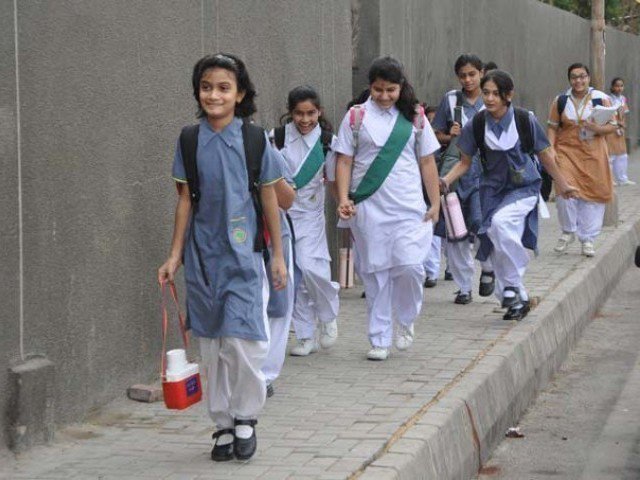 PESHAWAR: Several private schools have reopened in Regi and Palosi areas of Peshawar despite clear directions by the government that schools cannot be reopened before September 15.

Schools in Regi and Palosi areas, situated near the Peshawar Zoo, are not observing the standard operating procedures (SOPs) introduced by the government to avoid the spread of coronavirus. Local sources said there is no arrangement for checking fever of children at the school gates, neither any sanitizer is available for them to keep their hands clean.

Sources also made a startling disclosure that one of the schools is fully opened for the last two months in which students from sixth to 10 grade are attending their classes. A nearby private school is open for all grades i.e. from KG to 10th grade. However, students in all these schools come without uniforms.

Kashif, a sixth grade student, told TNN that social distancing is not observed in the classrooms and students are made to sit near each other. He said there is no obligation to wear facemask in the school.

Haseeb, a fourth grade student, said teachers have asked the students to come to school without uniforms. He said no sanitizer is provided to the students.

The father of a first grade student told TNN that almost the whole year of students has been wasted and they have forgotten whatever they had learned earlier. He said it is better for children to go to school instead of sitting at home without any purpose.

A teacher wishing anonymity said he did not receive salary for the last four months due to which his family had a very difficult time and it was impossible for him to even arrange two-time meal for his children. He said he had no other source of income and he fully depended on teaching job, therefore, after the closure of schools, he was left with nothing in his pocket. He said he is coming to school for duty as he has no other option to make ends meet.

Owner of a private school told TNN on condition of anonymity that the teachers of government schools are receiving salaries at home, while the families of private teachers are starving. He appealed to the government to allow all the private educational institutions to reopen so that tens of thousands of teachers could resume their jobs.