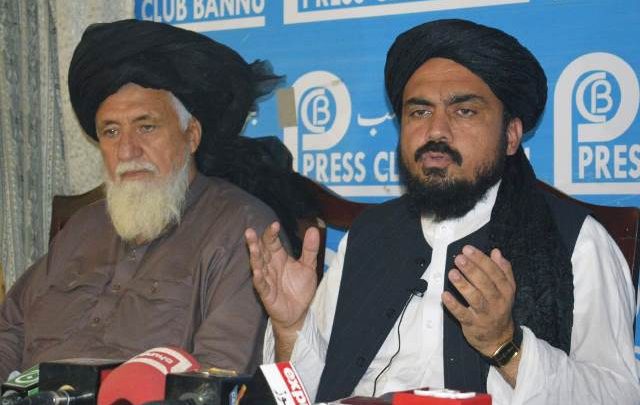 BANNU: Politics is a science of possibilities particularly in Pakistan where staunch political foes often sit together to gain some temporary political objective.

The ruling Pakistan Tehreek-e-Insaf (PTI) and the Jamiat Ulema-e-Islam-Fazl (JUI-F) may be staunch political adversaries on the federal and provincial level, but in a surprising development, two candidates of the JUI-F in North Waziristan tribal district have announced to support the PTI candidates.

Announcement to this effect was made by the JUI-F ameer for tribal districts Maulana Abdul Haye while addressing a press conference in Bannu on Tuesday. He said the decision has been taken after thorough consultations with the party leadership and talks with the PTI local leaders. He did not divulge what the PTI promised in return of this favour.

This decision by the JUI-F has increased the victory chances of the PTI candidates in North Waziristan. The decision has also come as a surprise for other parties as the PTI and JUI-F are considered strong political rivals particularly in KP.

District Returning Officer Bajaur Fazal Hakeem has made it clear that the results of the constituencies with less than 10 percent women voters will be declared void.