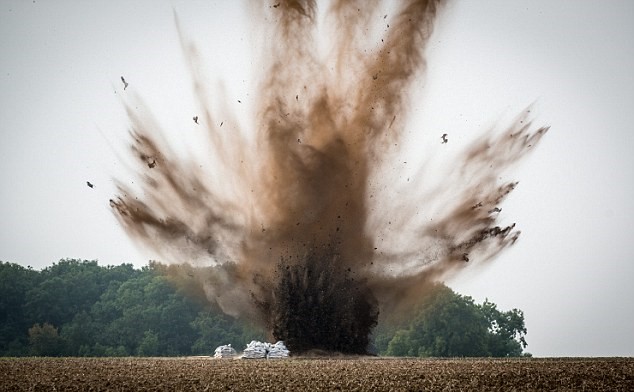 NOWSHERA: A scrape collector lost his life on Thursday in an attempt to split a mortar shell inside his home here in Manki Sharif.

The Nowshera Kalan Police station officials told the media persons that the incident occurred in Haji Abad area of Manki Sharif where a scrap collector, Akhtar Hussain tried to split mortar shell and hit it with a hammer. As a result, it exploded with a huge bang, killing him on the spot. Nowshera Kalan Police station has registered an FIR on the complaint of Khan Zaman, brother of the deceased.

A team of Rescue 1122 emergency service of Khyber Pakhtunkhwa rushed to the spot and shifted the dead body to District Headquarter Hospital where, After the post mortem, it was handed it over to heirs.

A Police team also reached to the spot and searched the house however, they couldn’t found other explosives. The Bomb disposal squad has also arrived at the spot and collected evidences from the crime scene.

In October, last year, a person died and three others were injured in a blast in Aza Khel area of Nowshera. Police have said that the mortar shell exploded inside a house in Gharibabad, Azakhel. Two brothers have found a mortar shell while working in a field. They brought it home to extract steel from it. However, the shell exploded during the extraction process.

In January Six members of a family were killed in a “mortar shell” blast inside their residence in Khyber Pakhtunkhwa’s Bannu district. The District Police Officer Bannu Yasir Afridi, the explosion took place inside a room of the house situated within the limits of Hawed police station when a 60-millimetre mortar shell exploded inside the house. As a result, a man — who was a teacher — his wife and their four children were killed.