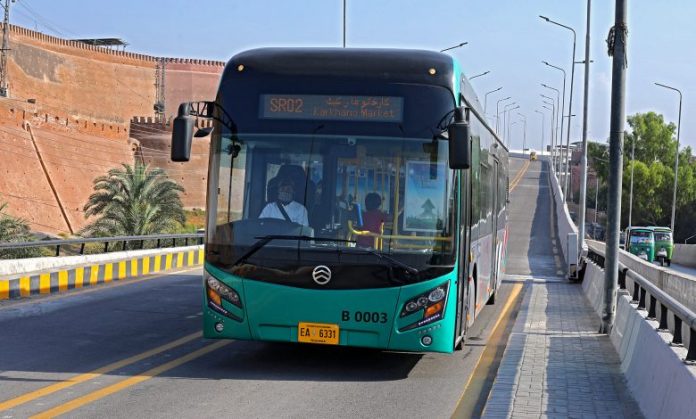 PESHAWAR: The administration of Bus Rapid Transit (BRT) service has allocated seats for transgender persons to facilitate them for travelling.

Special Assistant to KP Chief Minister on Information Kamran Bangash said that the provincial government has taken several initiatives including issuance of Sehat Insaf Card, driving licence, proposed 2 percent quota in government jobs and others for the welfare of transgender persons. He said seats have been reserved for transgender persons in BRT on the directives of the KP government to give equal rights and opportunities to the community.

President TransAction Alliance Farzana Jan appreciated the initiative and said it would give a sense of respect and dignity to the transgender community.

The district administration of Khyber tribal district on Tuesday held an open Kacheri (court) at Jirga Hall to address grievances of masses at their doorstep.

The local people informed the district administration about various problems and demanded to expedite survey of damaged houses for early compensation. They raised issue of cutting of trees in Tirah valley and demanded water sprinkles on road, cleanliness of Bara Bazaar, addressing the problem of shortage to schoolteachers and staff in dispensaries and basic health units.