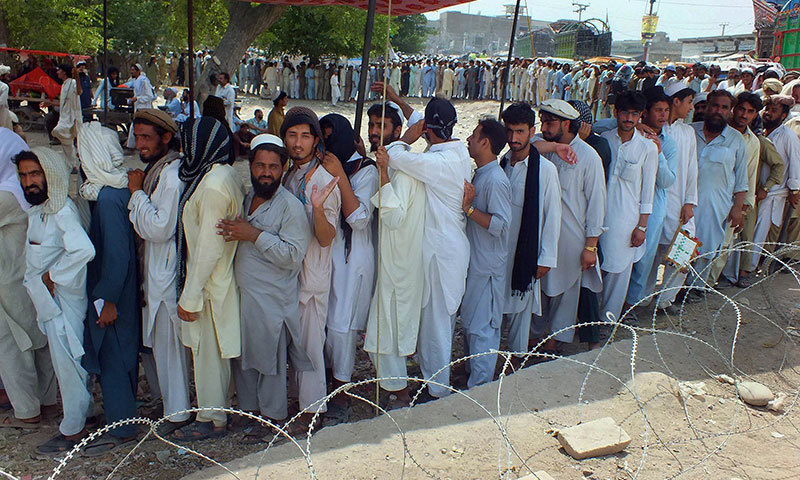 TANK, 17 November: The second phase of distribution of compensation cheques among the owners of houses which were damaged during military operation in South Waziristan has got underway.

A ceremony in this regard was organised in the political compound of South Waziristan in Tank on Wednesday. Political Agent Zafarul Islam Khattak on the occasion distributed compensation cheques among 165 affected people of Sarwakai and Tiarza tehsils. The administration said Rs400,000 each were given to the owners of 113 completely damaged houses and Rs160,000 each were given to 52 people whose houses were damaged partially.

The political agent said Rs1.9 billion were distributed among the affected people in the first phase, while Rs1.5 billion will be distributed in the second phase.

Khan Sahib, a local tribesman who received the compensation cheque, told TNN that he could not fully construct his house with this money. However, he said, the financial assistance will reduce his difficulties to great extent.